Chinese manufacturing giant, Xiaomi, has officially confirmed that it will release the Xiaomi TV Pro on September 24. Latest reports now suggest that this smartphone will come with an Amlogic T972 chip. The Amlogic T972 adopts 12nm process technology and this is the most advanced process for TV chips. The T972 is jointly developed by Xiaomi TV and Amlogic. Relative to the previous generation, the overall performance is 63% higher. In addition, the power consumption reduces by 55 %. 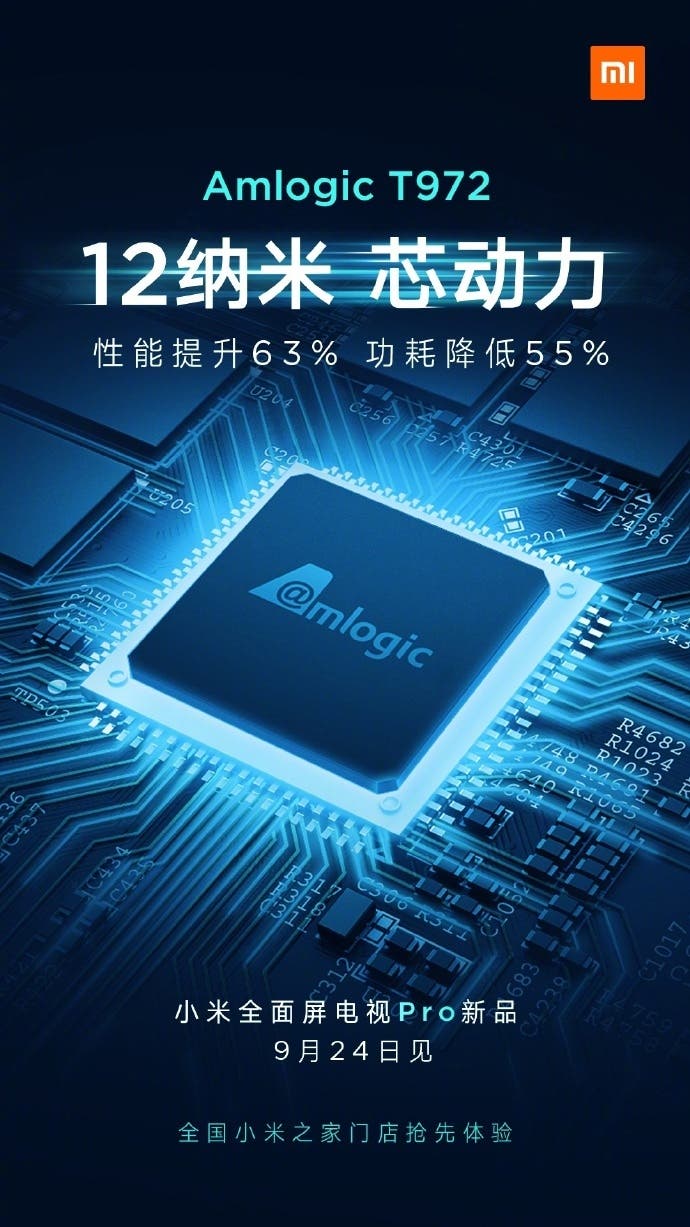 According to reports, the Xiaomi TV Pro supports 8K decoding. The resolution of the 8K video standard is 7680 x 4320. Xiaomi TV Pro will be available in 55-inch and 65-inch options. The TV adopts a metal appearance design with an aluminum alloy positive-grade oxidation frame and aluminum alloy base.

Xiaomi is currently selling 4K TVs, thus the upcoming Xiaomi Mi TV Pro will support 8K decoding and playback. But if so, how much will it cost? Such panels are quite expensive, but Xiaomi could get outstanding sales performance due to the relatively low pricing.

Those who doubt the quality and popularity of the Xiaomi TV products should know it’s the number 1 TV brand in India for a few consecutive quarters. As for the mainland, its 32-inch model is considered to be the best-selling TV product. This simply means Xiaomi not only knows how to make good smartphones but also other devices as well. In this sense, the forthcoming Xiaomi TV will become one of the cheapest and highly-demanded 8K TVs.