The OPPO Reno Ace is booked for a launch on October 10 in China. Ahead of that launch though, the handset has appeared on TENAA with the model number OPPO PCLM10. The handset will be the first to commercialize the company’s fastest SuperVOOC 65W charging that OPPO teased this week.

While images have still not been uploaded to the Chinese regulator’s database, the specs show a 6.5-inch FHD+ screen. Also, the 90Hz refresh rate hasn’t been mentioned on TENAA, but it is almost a certainty at this point. The phone will be powered by a Snapdragon 855 Plus chipset clocked at 2.96Ghz and will be coupled with 12GB of RAM and 256GB storage. 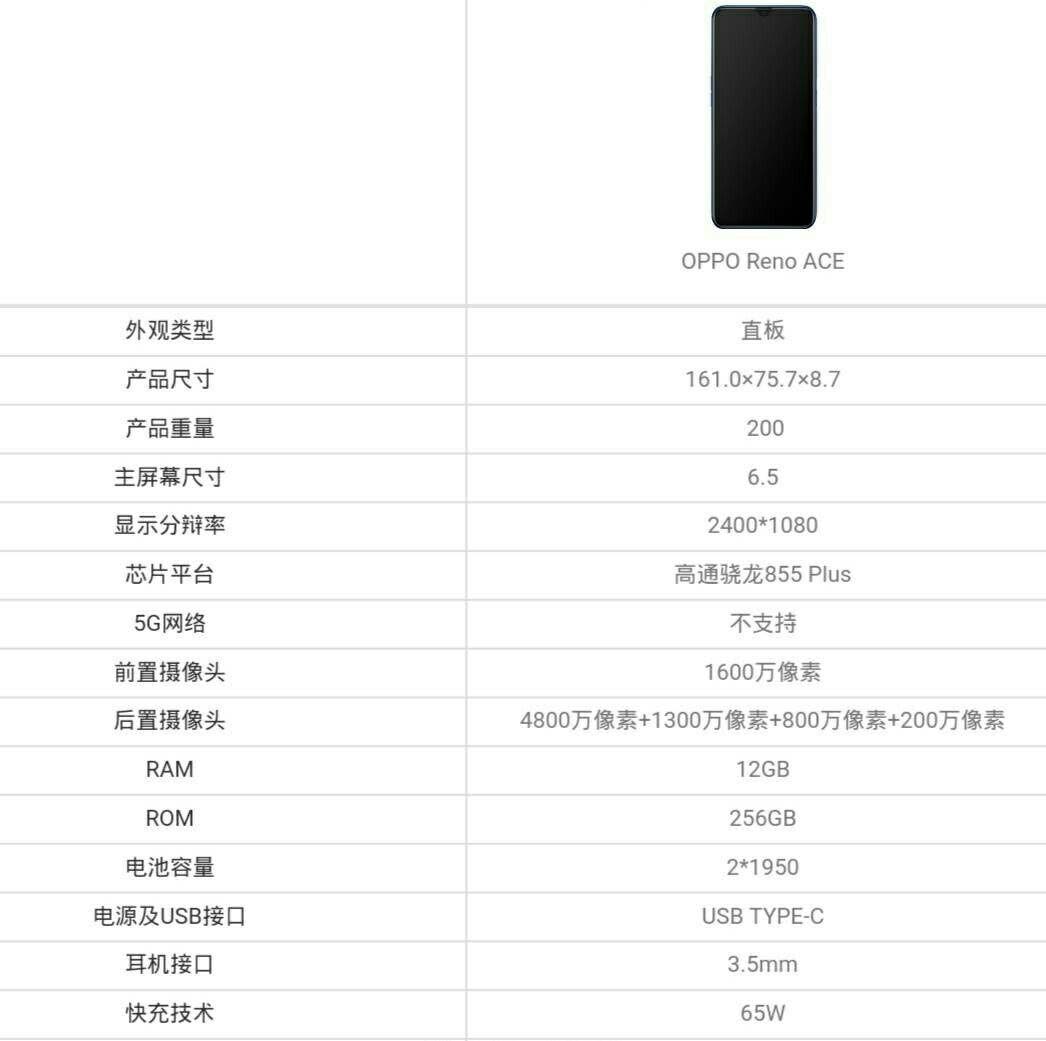 The battery size of the Reno Ace is 3,900mAh which, given the blazing-fast charge speeds will top up the power pack in a matter of 30 minutes. The handset has quad cameras constituted by a 48MP + 13MP + 8MP + 2MP sensors and a 16MP sensor on the rear. There’s also a 3.5mm headphone jack but we’re even more interested to see the design. We wouldn’t be surprised to see a shark-fin pop-up camera again but a slider design like the Find X would be a refreshing change. Expect images to appear any day as specifications are already official.

Next Huawei CEO: we will sell more than 20 million Mate 30