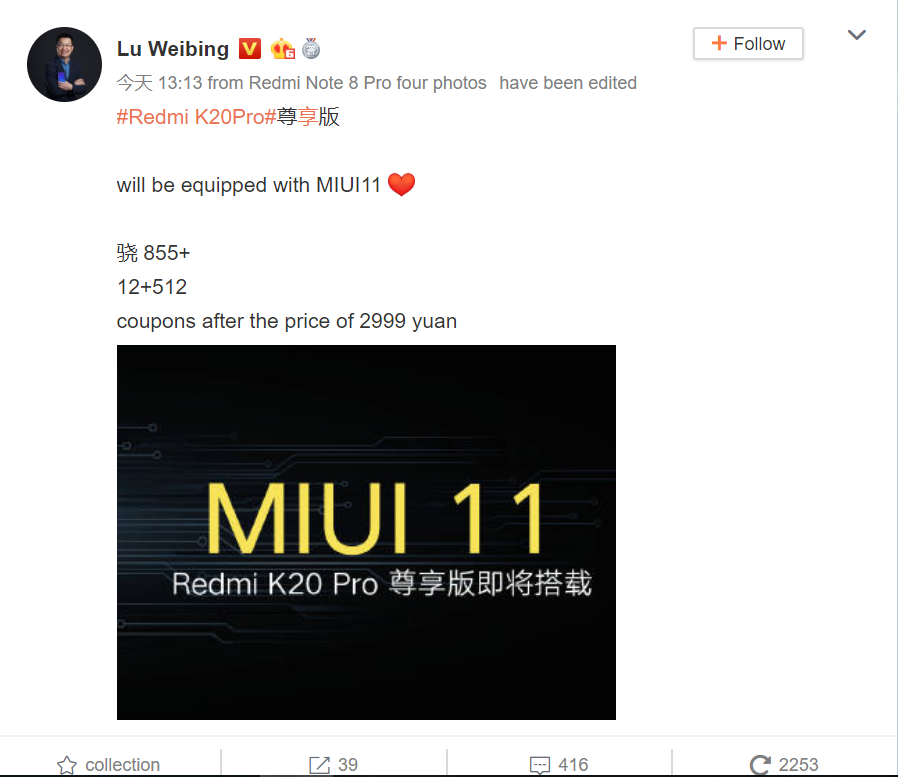 It is worthy of note that this system will not be available out-of-the-box, however, users will get it via an OTA update. However, Redmi’s manager did not say when this update will arrive. The regular Redmi K20 comes with the Snapdragon 855 SoC. However, the Exclusive Edition uses the Snapdragon 855+ which has a higher frequency and more powerful performance. We have already heard that it has 12B+512GB and this smartphone comes with Xiaomi’s standard 27W fast charge charger.

In other aspects, the Redmi K20 Pro Exclusive Edition is basically the same as the regular version. It uses the same 6.39-inch AMOLED full-screen display with an on-screen fingerprint sensor. On the rear, it has a triple camera setup one of which is a 48MP ultra-clear sensor. Upfront, there is a 20MP pop-up camera. Other features include 4000mAh large battery, 3D four-curved glass body, multi-function NFC, Hi-Res Audio certification, dual-frequency GPS and so on. It is worth mentioning that the Redmi K20 Pro Premium Edition also adds a cool black mech color, which is expected to be available in the next few weeks. Please note that the 8GB+512GB version normally sell for 3199 yuan ($451). However, its pre-sale price is 2999 yuan ($423) with a coupon.