Huawei’s in-house Harmony OS and all its cross-platform prowess will be coming to Europe. However, it won’t come in a smartphone as you might expect. Vincent Pang, Huawei Senior VP already made it pretty clear that Harmony OS won’t be coming to a smartphone this year at all. For the immediate future, users who are interested in Huawei’s so-called Android alternative will need to rely on wearables and Smart TVs. And the latter will be how European customers will have the choice of experiencing the new software alternative since Honor Vision Smart TV is making way to the Old continent.

Worth noting that the Honor Vision TV comes in vanilla and a Pro flavor. The main difference between the two is the smart retractable camera on the Pro, six 10W speakers, instead of four. Also, there are differences in the internal storage options – 16GB and 32GB, respectively. Both TVs feature 4K Quantum Dot (VA) panels from Samsung. The European customers will be able to choose between a 65-inch and a 75-inch variant, with 55-inch and 85-inch ones coming later. 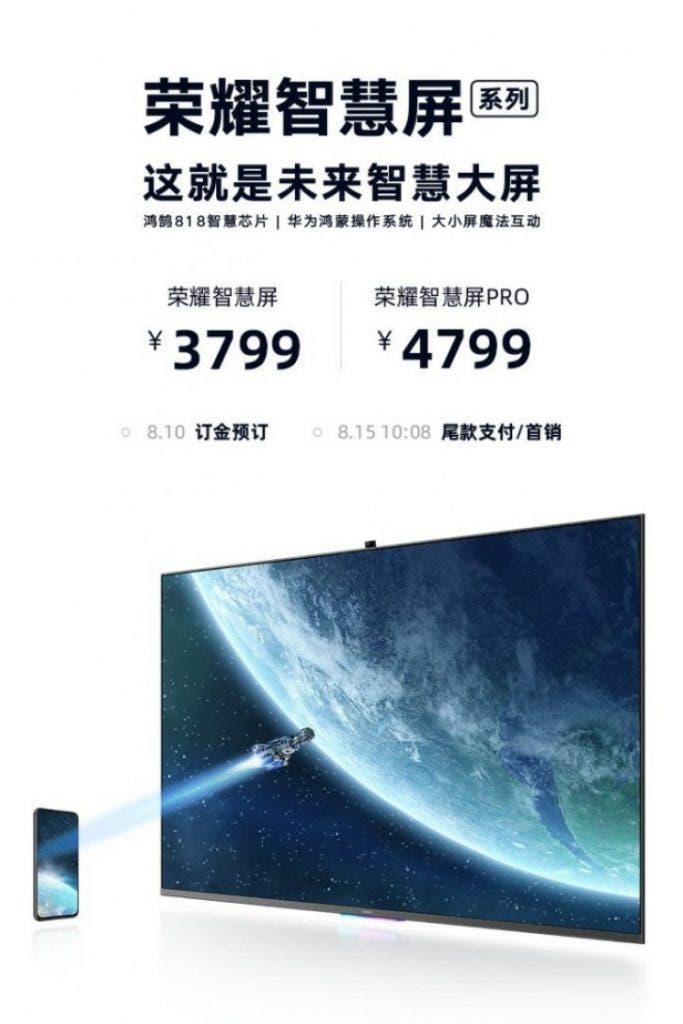 Unfortunately, there are no details regarding the pricing and availability for the European market. The company also needs to clarify which model will come to Europe. We all know that at this current state all features of the HarmonyOS are focused on China. However, if HarmonyOS ends up as an alternative for Android, the company will undoubtedly improve the experience for all users.