The Xiaomi Mi Mix 4 alongside the Xiaomi Mi 9 Pro will become official in about 24hrs. A lot of a great deal has leaked about the upcoming device. We reported a few days back that the brand is dropping the Mi Mix moniker. In its place, the company is adopting the Xiaomi Mix Alpha. A few teasers has already confirmed the Mix Alpha moniker while confirming it will get a radical design upgrade.

As per some official promotional poster seen last week, we got to know that the Mi Mix Alpha will feature a design similar to the “waterfall” display design, as seen on the Vivo NEX 3 and Huawei Mate 30 Pro. The screen as per official teasers wraps around the edges offering up to 100 percent screen-to-body ratio mark, beating Vivo’s Nex 99.6% to the punch.

Xiaomi itself via some Weibo posters also already revealed that the Xiaomi Mi Mix Alpha will be made out of  Ti (Titanium), SiO2 (Silica),  Al2O3 (Alumina), and now, its latest teaser reveals some interesting bit about the device’s camera and its capability.

As per the latest teaser, Xiaomi essentially confirmed previous rumors which revealed the Mi Mix Alpha will feature a 100-megapixel camera sensor. That’s a huge leap from the 64MP sensor which is currently the highest in the industry.

Xiaomi also released camera samples of the device with a resolution of 12032 x 9024 pixels and about 40MB in size. It further hinted that the photo retain its clarity and fine details when zoomed up to 8 times. 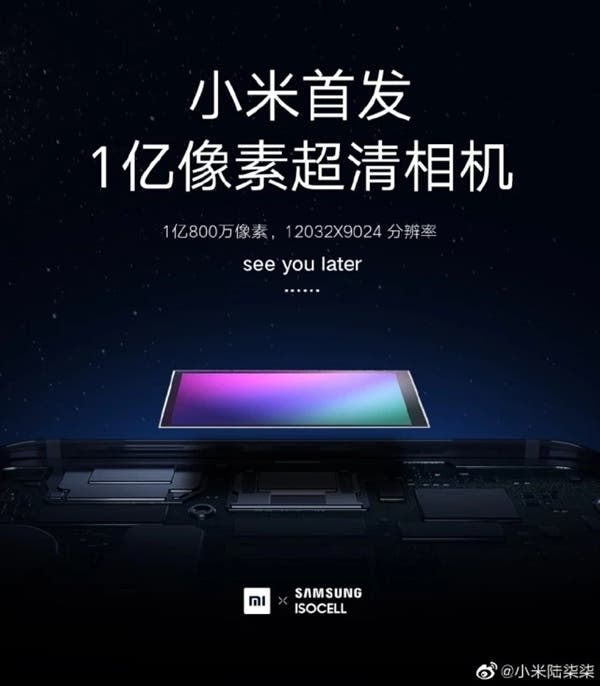 Elsewhere, we already know the Xiaomi Mi Mix Alpha will get a 2K display with 90Hz refresh rate. It gets the Qualcomm Snapdragon 855 Plus octa-core processor with up to 12GB and 1TB of RAM/ internal storage.  Xiaomi has yet to confirm other details like the battery size. However, there are indications that the Mix Alpha might boot MIUI 11 based on Android 10 out of the box.

Next Origem HS-3 Giveaway: enter and win a pair now!