We are well aware of the fact that Xiaomi is planning to launch a new smartphone dubbed Mi Mix Alpha in the coming days. In fact, the official launch event is scheduled for September 24 which is right around the corner. So far, the smartphone maker has teased numerous details of the device on its official Weibo account. Yesterday, the company claimed that the device is not a foldable smartphone hence ending the plenty of rumors. Well, Xiaomi has once again revealed some new information on the device ahead of the launch. This time we’re talking about the design, kinda. 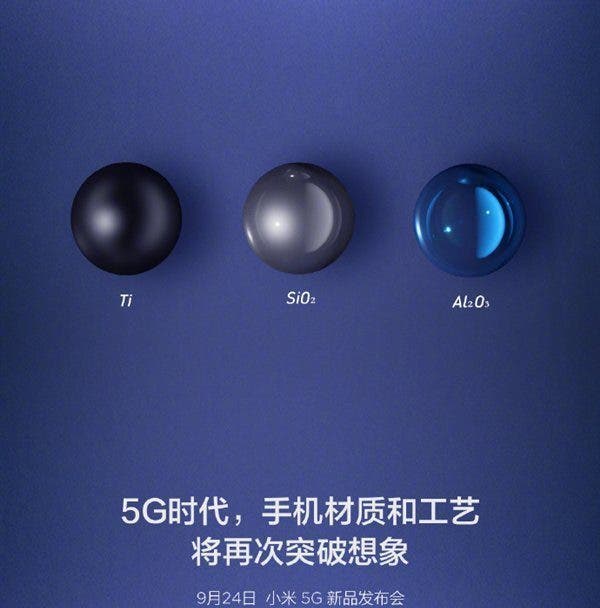 As per the latest teaser, the Chinese smartphone maker has used some new premium materials on the upcoming Mi Mix Alpha smartphone. The teaser talks about three different materials namely Titanium (Ti), Silicon (SiO2) and Alumina (Al2O3). These three materials have been used previously by various other manufacturers. We believe that the Xiaomi has, in fact, used all three materials in the design of the upcoming device. Back to the materials, we have seen brands like Essential using the Titanium material for the frame. Silica, on the other hand, is largely in the glass industry while the third one i.e. Alumina is used in making hard glasses.

Apart from these, the caption of the post also talks about the fact that how the smartphone maker has explored different design aesthetics previously. The teaser mentions devices such as Mi 4, Mi 5, Mi Note and Mi Mix 2. Previous teasers have also suggested towards more than 100% screen-to-body-ratio on the device which might sound absurd at first. Well, we’ll have to wait for the official launch event to see what exactly Xiaomi has in stores for us. In another note, Xiaomi is also expected to reveal its first-ever 8K resolution supported Mi TV along with the Mi 9 Pro 5G on the very same day.