Meizu’s gaming smartphone, the Meizu 16T, is now reportedly launching next month. In fact, a leaked invite doing the rounds on social media today revealed that the launch is scheduled for October 23rd. And although this isn’t confirmed from Meizu’s side, Chinese media is very much expecting a debut of the handset later this month. The Meizu 16T has passed through TENAA’s scrutiny just recently and this has laid bare its specifications as well as design. 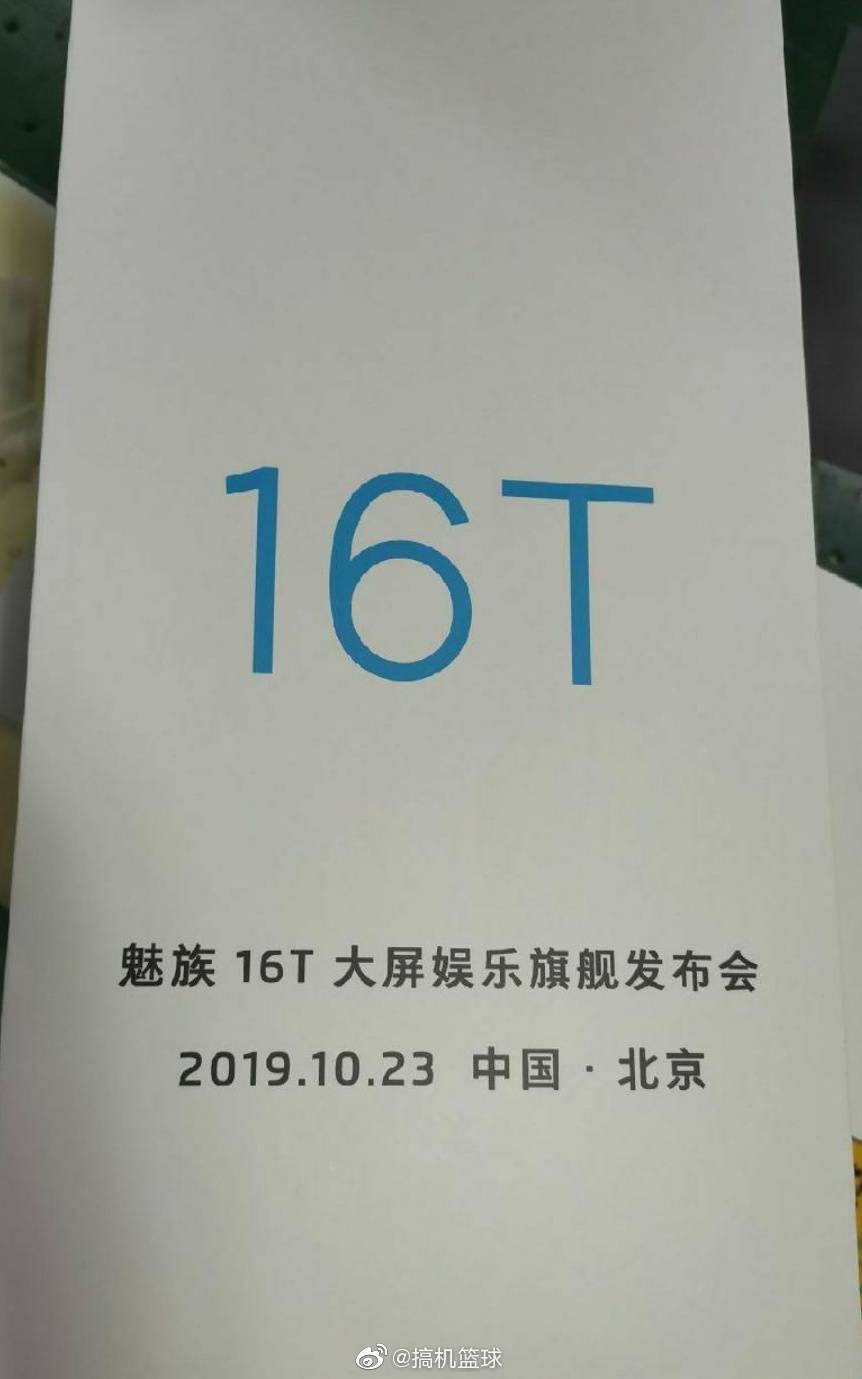 It comes with a 6.5-inch Full HD OLED display and a design copy of the Meizu 16s Pro. There are triple cameras on the rear – 12MP +8M+ 5MP and a 16MP selfie shooter on the signature skinny top bezel on the front side. The biggest change is likely to be on the processor side with an expected Snapdragon 855+ and a considerably bigger 4400mAh battery.

Of course, as consumers, we are still very much looking forward to the release of this cost-effective machine. After all, the current flagship snapdragon with around 2000 Yuan pricing is very beautiful.