We know MediaTek has been designing 5G and high-end chips. And though it lays behind its competitors at the moment, there is every reason to think the Taiwanese company will be able to make a tough competition next year. Today, one of the Weibo users posted a photo of the alleged MediaTek 5G chip. As the photo shows, the processor scores 3,447 and 12,151 points in GeekBench’s single-core and multi-core tests, respectively. 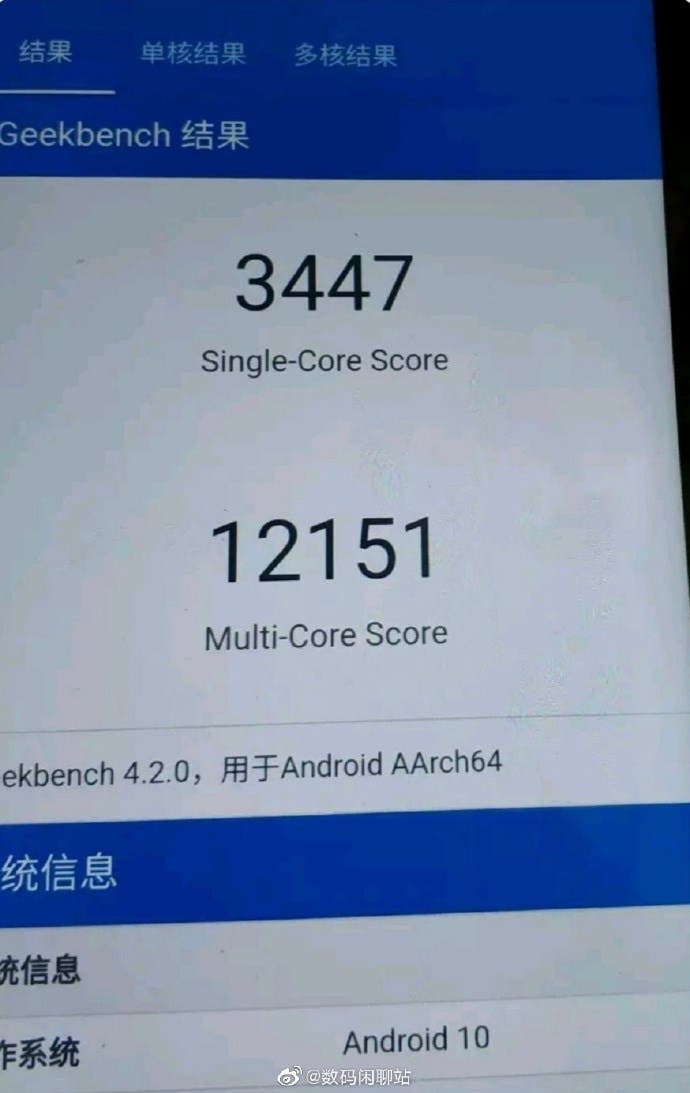 Also, we learned that the frequency of the A77 big core is estimated at around 2.3GHz. And it is expected to be delivered at the end of this year. Thus, the upcoming MediaTek 5G chip should go on mass production in the first quarter of next year. The phones sporting this chip will be priced 3,000 yuan ($420) and higher.

The alleged MediaTek 5G chip we are talking about was officially released at the Taipei Computer Show. It is built on the 7nm process and comes with a built-in 5G modem. The SoC uses ARMCortex-A77 CPU, Mali-G77 GPU, and MediaTek’s independent AI processing unit (APU). This product supports 5G independent and non-independent (SA/NSA) networking architecture Sub-6GHz frequency band. Also, it’s compatible with older networks from 2G to 4G. At last, this chip supports 60fps 4K video encoding/decoding as well as 80MP camera.

Next Samsung is testing a smartphone with an integrated spectrometer