The Honor V30 (View 30) will be Honor next flagship smartphone. Yesterday, it was revealed through a leak that it will come with a dual front camera in the form of screen holes. The manufacturer should be preparing its presentation for December, as it did with previous models, but it seems that this will not happen.

According to a Chinese leaker, through the social network Weibo, the manufacturer is preparing an event to be held at the end of October. This should be the Honor V30 presentation event, that will launch two months earlier than expected.

The leaker also revealed that the manufacturer will present a new mid-range smartphone, probably the Honor Note 20 (or 30). Although it has not confirmed Honor V30 specs, some details have been revealed about the new Note. 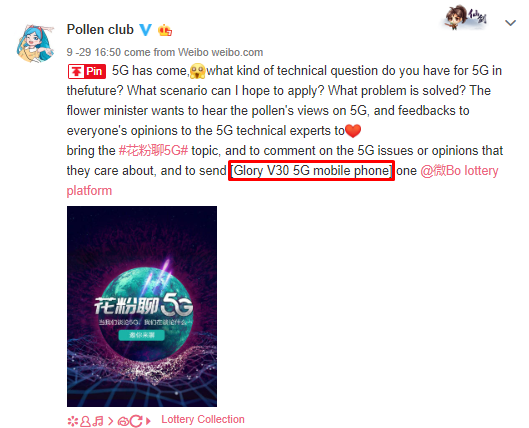 The phone could launch with the Kirin 810 processor, a 64-megapixel main sensor. And a battery with 20W fast charging support. Considering the specifications of its predecessor (Honor Note 10), it should also feature a large AMOLED screen of at least 6.95″ inches. In addition, we should also have a very generous battery integrated.

As for its design, Honor is expected to bring much lower battery capacities than those in Note 10. Therefore, it is possible that the new model will come with a small drop-shaped notch, or even a punch hole.

The Honor V30 punch hole will be on the top-left corner of the display. We do not know the display type yet, but we sincerely expect to see an AMOLED one. If this is the case, then, Huawei could easily fit an in-display fingerprint scanner.

Google services should remain a problem

As with the Huawei Mate 30, it could eventually affect its popularity and availability in international markets. The question then remains whether the manufacturer will decide to continue betting on a global launch. Or whether to keep the smartphones exclusive to the Chinese market.