The unannounced Redmi 8 already passed through TENAA in the past few days. Now the upcoming handset has stepped on China Telecom’s website (via). This may indicate that Xiaomi’s handset launch is imminent. Furthermore, it even got the approval from the Chinese Ministry of Industry and Information Technology (MIIT).

Now a couple of imagines surfaced from MIIT and the Chinese carrier. It reveals the handset final design, and thankfully, it doesn’t include TENAA’s usual blue-ish background. Unfortunately, these images haven’t the best quality, but we still can get a clear picture.

The Redmi 8’s design is very similar to the recently released Redmi 8A. The new handset will have a 6.21-inch 720p+ screen wrapped in a plastic body. Under the hood, we’ll have the same Snapdragon 439 that is present on the 8A. It will be hooked with 4GB of RAM and 64GB of Internal Storage. We believe that Xiaomi will also offer cheaper variants with lower RAM/Storage capacity.

The camera department improvements include a 12MP main and 2MP depth sensor, along with an 8MP selfie camera. The handset draws power from a 5,000mAh battery, charged over USB Type-C port. Furthermore, it should support up to 18W charging, but the retail package should bring a standard 10W. The handset comes with a rear-mounted fingerprint scanner and a 3.5mm headphone jack. 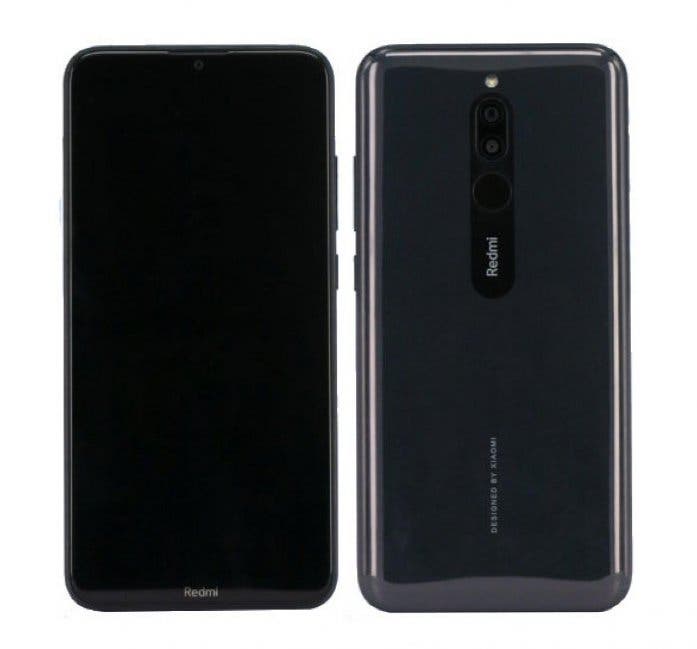 According to China Telecom’s listing, The Redmi 8 will retail for CNY 1,600 – that’s around $224. However, it may be an error, since it sounds too expensive for a standard Redmi device. For instance, the Redmi 8a retails for under $100, so we believe that the Redmi 8 won’t be much more expensive than this. The handset will be available in Red, Green, Blue, and Black.