Recently, Redmi’s first notebook, RedmiBook 14 appeared on EEC’s website. This means that Redmi’s notebook will soon land in the European market. The RedmiBook 14 was first released in on May 28 this year. 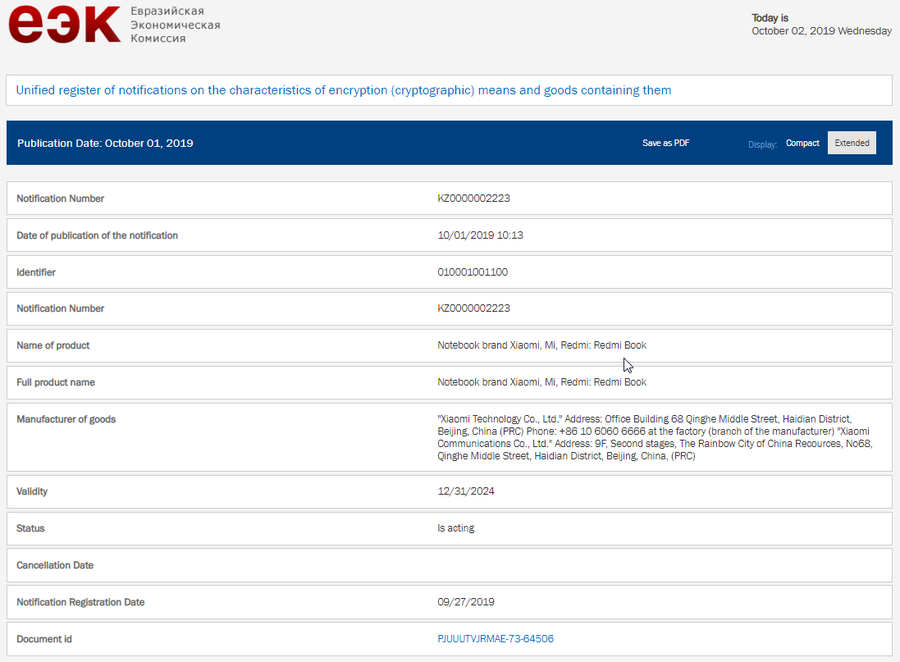 The RedmiBook 14 is equipped with a 14-inch matte screen. It has a 5.75mm ultra-narrow bezel and an 81.2% screen ratio. It features a full-size keyboard and an all-metal integrated body. The thickest part of this notebook is 17.95mm and it comes with 2 USB 3.0 ports, 1 USB 2.0 port, HDMI port and a 3.5mm headphone jack.

There is also an enhanced version of the RedmiBook 14 which uses a 14-inch full-HD anti-glare screen. The highest version comes with the i7-10510U processor, MX250 discrete graphics, as well as a pre-installed genuine Office. According to the official introduction, the overall performance of the 10th generation Core processor has increased by 13% compared to the previous generation, and the multitasking capability is powerful and efficient.

Previous OnePlus 7T Pro: the official announcement will be made on October 10