Yesterday, Microsoft held a new product launch conference in New York. Among many new Surface line products, it also officially released the Surface Laptop 3. It comes with two display sizes of 13 inches and 15 inches. The smaller version is equipped with the tenth generation of the Intel processor. But the 15-inch variant sports the AMD processor. They will hit the market on October 22. 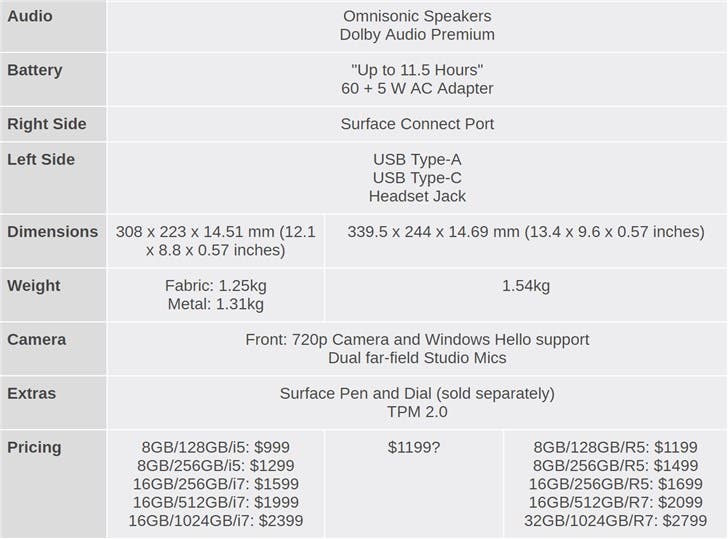 In terms of appearance, Surface Laptop 3 comes with the aluminum body. At the same time, the new 15-inch version uses a modular design of replaceable hard drives. The touchpad has increased by 20% compared to the previous generation, and USB-C has finally been added.

As for hardware, the 13-inch version with the Intel 10th generation Core processor is twice as fast as the Surface Laptop 2. In other words, it is three times the performance of the Macbook Air. Also, there is a 15-inch Surface Laptop 3 sporting AMD’s AVerMedia processor. The introduction of the AMD processor version also allows Microsoft to further reduce the price of the Surface Laptop 3. Plus, the latter has greater improvement in graphics performance.

Specifically, the Surface Laptop 3 Intel version is equipped with 8GB or 16GB dual-channel LPDDR4X-3733 high-frequency memory as well as 64 sets of EU G7 core display. The 15-inch variant comes with the custom R5 3580U and R7 3780U processors. The CPU frequency has not changed. And users can choose any from 8GB, 16GB, and 32GB DDR4-2400 memory options.

Thanks to fast charging, this series laptops can charge up to 80% of its power in less than an hour.

Finally, let’s look at the price:

Next OnePlus 8 renders: Here is how it looks like