Ads has become a recurring way for brands to get the most benefit from their creations. We have seen how the ads have been acquiring increasingly important spots in applications such as Instagram, Facebook or WhatsApp. Also appeared on Xiaomi mobiles and even services such as Netflix could soon include it. Well, it seems that Samsung is considering integrating the ads on their devices.

LetsGoDigital has revealed new information in which you can see the future intentions of the South Korean brand. According to the latest leaks, Samsung would have already registered the Samsung Mobile Ads brand to incorporate advertisers inside its software. Here we tell you all the details.

Ads in sight on Samsung devices?

The European Union intellectual property office (EUIPO) has recently registered a patent under the name Samsung Mobile Ads. A new service that, according to LetsGoDigital, will allow other brands to impose their advertising on the software of the devices of the company. 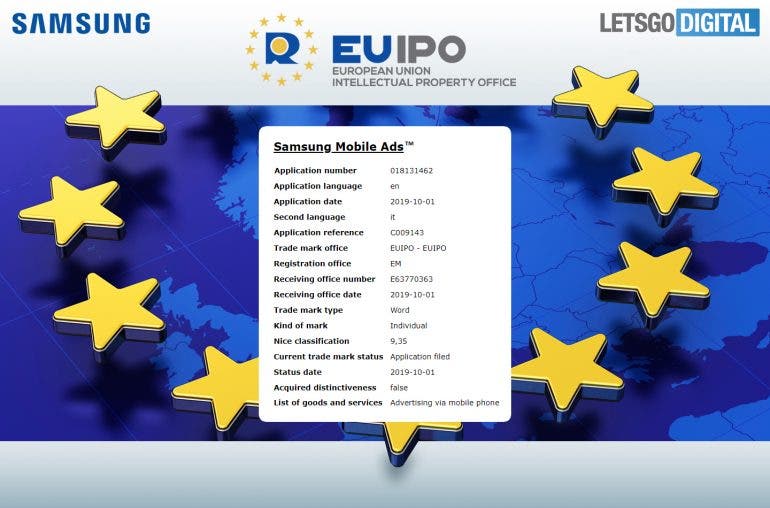 As can be read in the document, this patent falls into the categories “smartphones, tablets, advertising services, advertisements through mobile phone networks, software for use in advertising and for renting advertising spaces on websites”.

The description itself clarifies that Samsung Mobile Ads would be aimed at integrating the ads into Samsung products.

They add in the document. It also ensures that the brand’s televisions will integrate advertising based on the interests of each user.

At the moment, the Asian giant has not wanted to confirm or deny any of the data related to its supposed advertising system. However, everything seems to indicate that Samsung Mobile Ads is an advertising service that would reach each and every device of the company. We will have to wait to see how this issue goes, since the criticism from users can be tremendous. But the amounts of money earned by Samsung in terms of advertising can be even greater. Hopefully, at least, they integrate functionality to suppress ads.

Previous OnePlus 8 renders: Here is how it looks like