A couple of days ago, reports filtered into the web that Xiaomi may be preparing the Xiaomi CC9 Pro with a 108MP main camera. Now, a new Xiaomi smartphone with model number M1910F4G has gotten EEC certification and there are speculations that this is the Xiaomi CC9 Pro. Recall that the Xiaomi CC9 series was released a couple of months ago and it comes in three versions. This includes Xiaomi CC9, Xiaomi CC9e, and Xiaomi CC9 Meitu Custom Edition. Recently, the Xiaomi CC9 took a small price cut on Jingdong mall. As we all know, price cuts of older models are common when a successor is on the way. 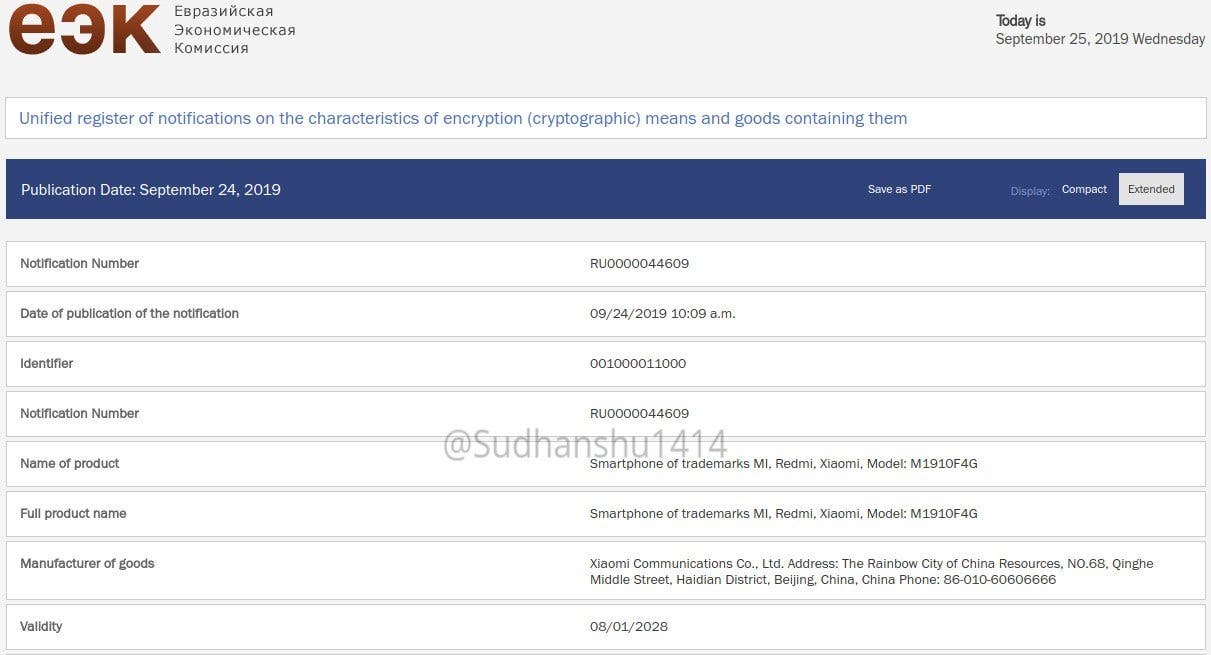