Doogee is now one of the more internationally renowned manufacturers, but still often flying under the radar The announced  S95 Pro should maybe change that as a new outdoor smartphone with top specs. An updated and expanded version of the sensational module-smartphone DOOGEE S95 with huge functionality, not afraid of any environmental challenges, is preparing to once again conquer not just the Russian market of digital gadgets. The new shockproof smartphone DOOGEE S95 Pro with a conceptual design, durable housing and impressive functionality opens up truly limitless possibilities for lovers of gadgets. This flagship product is a representative of the latest generation of the DOOGEE S. 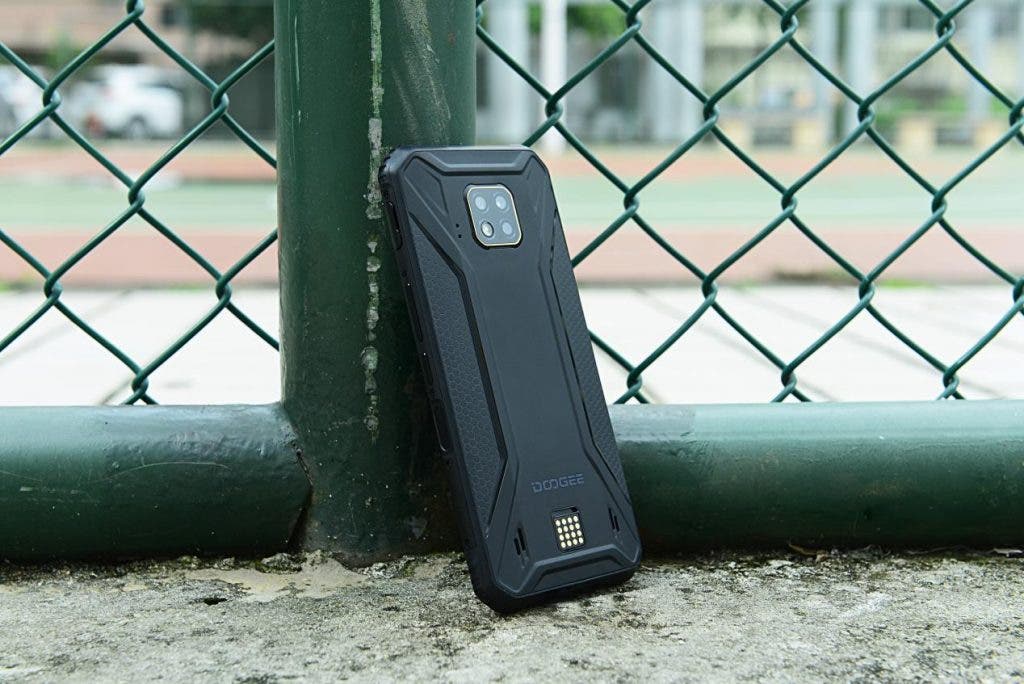 DOOGEE S95 Pro, like the basic version of the model, which appeared on sale in early 2019, includes four modules, each of which will be an excellent alternative to a full-fledged gadget. All four plug-in modules complement each other perfectly and are ready to work immediately after connecting to the DOOGEE S95 Pro. Of the innovations for extreme sports, it is first of all worth noting a waterproof camera that can work even when immersed in water at a 1.5-meter depth for two weeks. S95 Pro is 99% dust resistant and capable of operating in an ultra-wide temperature range from -0°C to 60°C – from the icy wastelands of the Arctic to the hot sands of the Sahara. 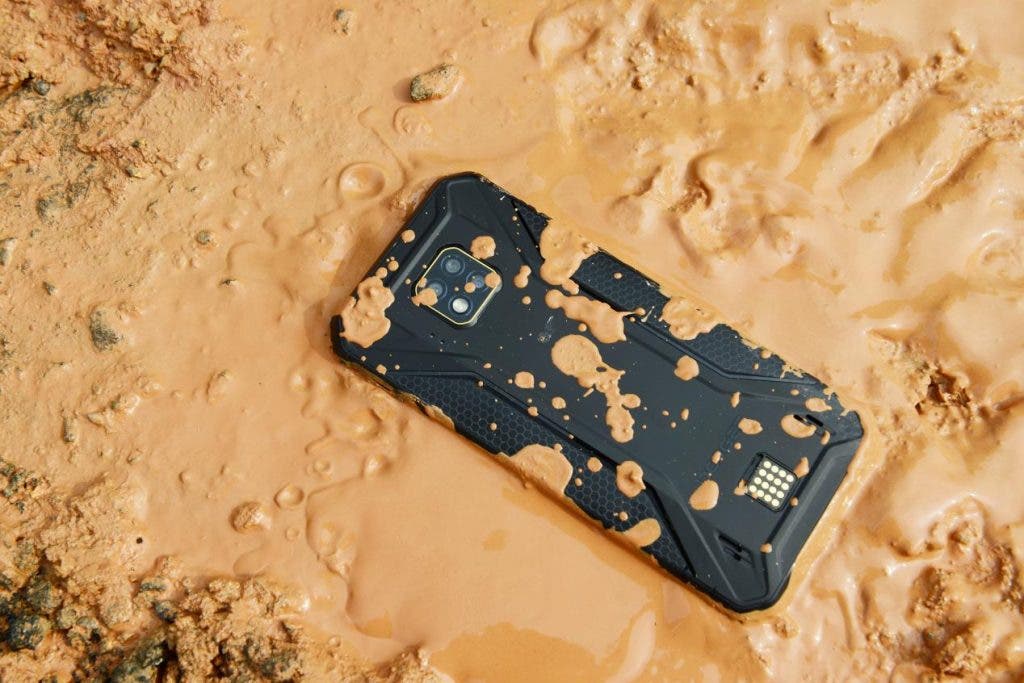 No less impressive is the powerful Helio P90 processor, equipped with two 8-core processors with a frequency of 2.2 GHz and an enhanced core of artificial intelligence (APU). Compared to its predecessor, the S95 Pro version provides 13% improved performance, which makes power management more efficient and allows for extraordinary smooth gameplay in mobile games. The Android 9.0 Pie operating system makes the S95 Pro even smarter and faster than its predecessor. 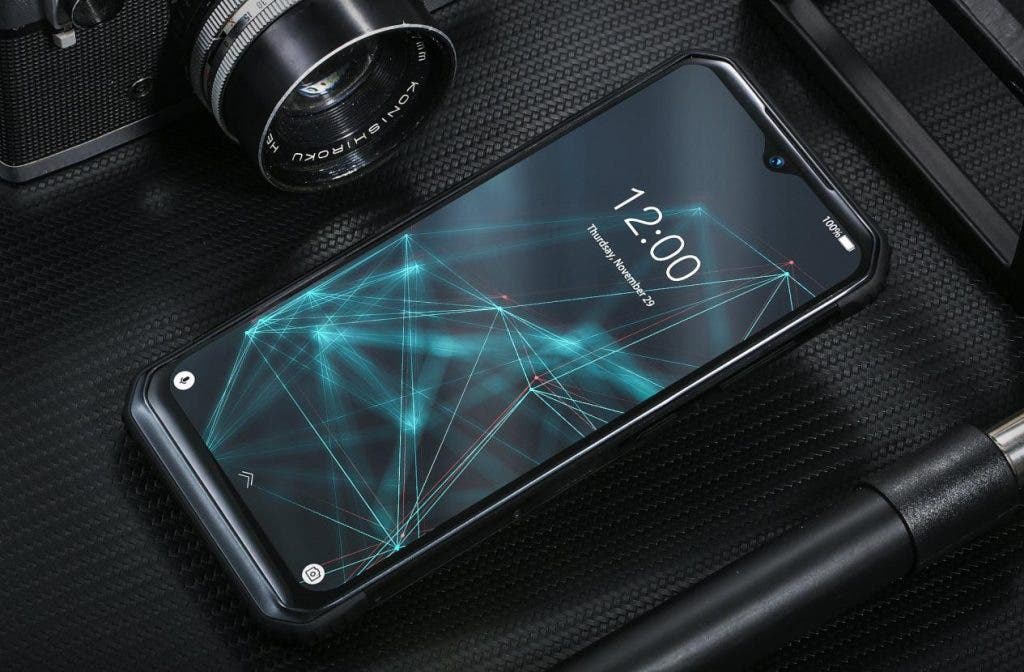 The 6.3-inch wide screen allows you to fully enjoy all the advantages of a flagship. Excellent black mineral glass in combination with an ultra-thin display can significantly expand the horizons of perception, both literally and figuratively. The 48.0MP camera (Sony IMX586, organically combined with the body, with two rear 8MP cameras controlled by AI) allows the S95 Pro to select the optimal color rendering and lighting depending on the weather, landscape and time of day. Built-in AI not only studies the user’s behavior, but also supports face recognition, intelligently adjusting the light and tonality of colors. Improved multi-frame noise reduction, depth of field and various filters provide masterpiece shooting under any conditions.

Large depth of field provides accurate recognition of faces and camera positions for perfect lighting. The S95 Pro is capable of highlighting a portrait subject when blurring the background to capture real-time photos and to achieve a stereo effect. The front 8MP camera from SONY with a large f / 2.0 aperture and an 80 ?angle lens provides dazzling selfies regardless of the time of day. The aviation futuristic design of a military-style titanium alloy case, soft rubber corners and anti-slip threads that mimic the skin of an alligator make the DOOGEE S95 Pro incredibly powerful visually, even if you forget that the smartphone can withstand any shock.

The powerful 5150 mAh battery saves and rationally distributes battery resources, allowing the smartphone to run smoothly up to 675 hours in standby time. Perhaps today it is the lightest and most durable smartphone with such an impressive resource of work without recharging. The battery has grown a bit over the S90. Whole 5150mAh, he measures now and can be extended with the battery module to 3500mAh. The main battery is charged with 24W fast charge and allegedly even supports wireless charging. For the extra battery, there is only a 10W Quick Charge function. As the Helio P90 beats in battery consumption, is still uncertain, a prognosis for stamina therefore difficult. But you will loose it during the day. 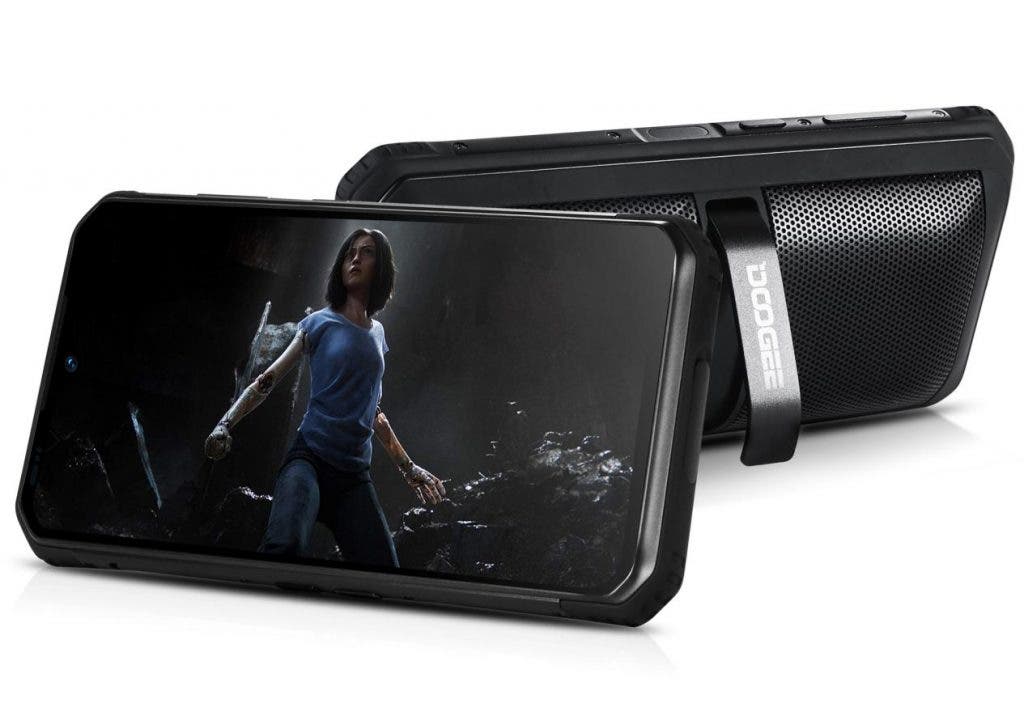 They serve as a connection for the modules, which can be attached via magnet on the back. So far, a separate battery and a 6W speaker module has been announced for the S95 Pro. The previous model offered more choice in this regard. Whether Doogee has unscrewed or whether the S95 Pro will get even more modules, will show in the next few weeks. 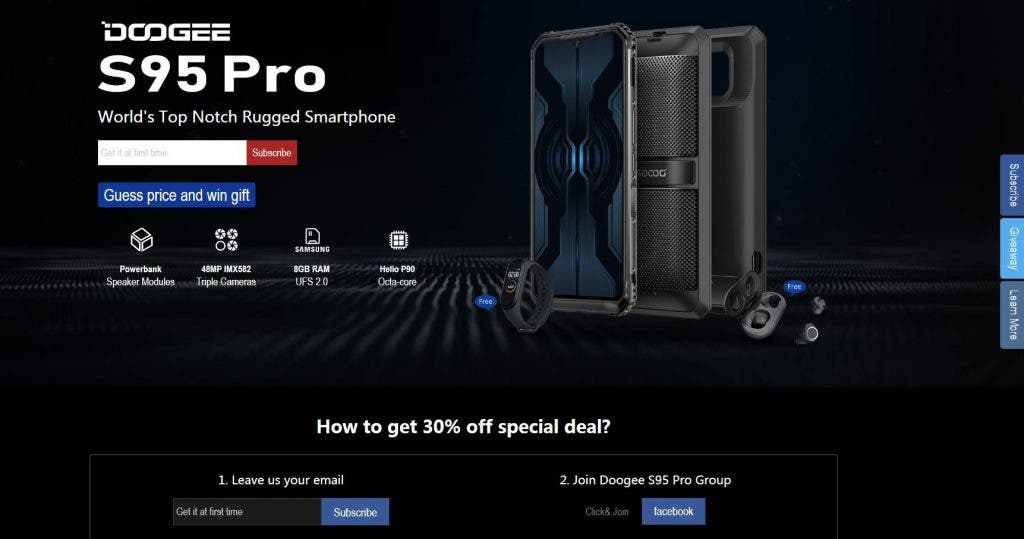 With the S95 Pro, the Chinese company is serving a (admittedly very small) market niche for people who want first-class performance in a rugged design. With a Helio P90 processor and UFS memory are synonymous given the best conditions and the 48 megapixel camera from Sony should convince. Unfortunately, the price has not yet been revealed, but I assume that Doogee will call at least 300 €. For an outdoor smartphone that’s a lot of money who needs it, but still makes a good deal. Those interested should certainly check the promo website, because leading up to the launch there are quite interesting promo events, discounts and giveaways tied up to it.

Previous Motorola One Macro to go official on October 9

Next Haylou H8 stereo earphones and more on sale from Ebay