Android fragmentation is one of the biggest problems of Google’s operating system. Today there are users who still have versions as old as Android 4.4 KitKat installed on their mobile phones. Not to mention previous versions of the software. Google takes another step in ending this problem by forcing manufacturers to use Android 10. On all mobile phones that are launched to the market from February next year.

Google certification is something very important for all companies. And to certify a certain terminal you have to present a series of conditions. Among them is to ensure a calendar of updates to be able to count on Google services. As well as access to all the US giant’s apps.

Now, a new Google document aimed at mobile phone manufacturers makes it clear that only smartphones with Android 9 Pie, the version before Android 10, can be launched until January 31, 2020. In other words, all smartphones that are launched from February 1, 2020. Must have the latest version of the operating system installed inside. 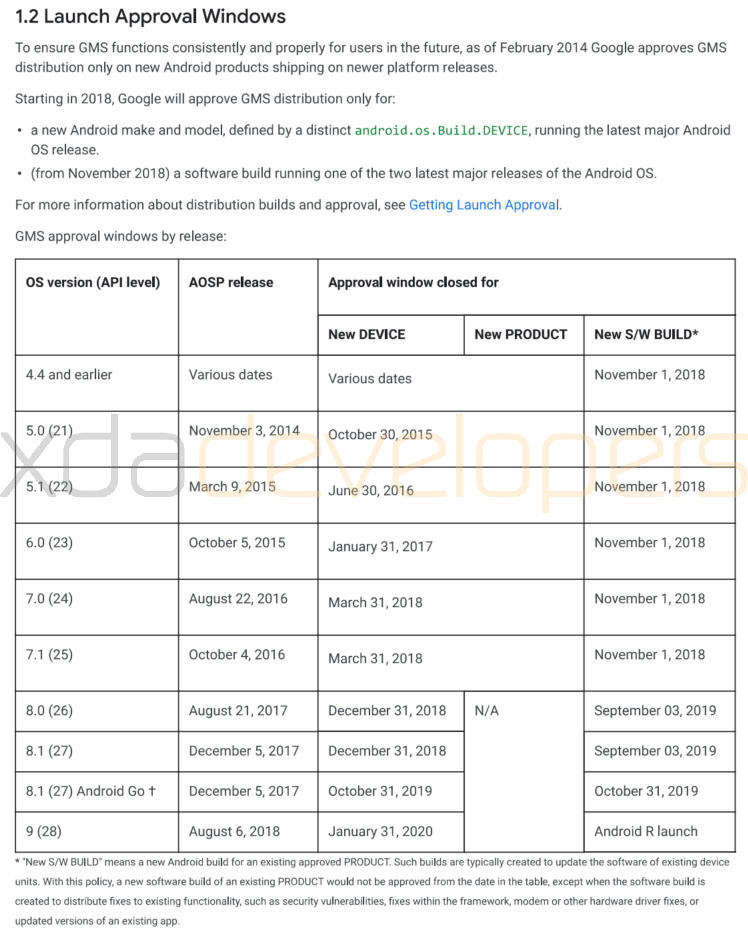 In this way, we can ensure that more than 90% of smartphones that arrive at stores throughout next year would have Android 10 as an operating system, with their respective layers of customization. In addition, the same launch schedule makes it clear that this month is the last one that will certify mobiles running Android Oreo, so since November all smartphones to reach the market would have Android 9 Pie at least.

Of course, remember that the certification date has nothing to do with the sale date. It is likely that many of the smartphones certified with Android 9 before January 31, 2020 will go on sale in later months but this should only happen with a limited number of devices that would also be launched in the first quarter of 2020.

Obviously, the flagships of next year, such as the Samsung Galaxy S11 or the new models of Sony and LG will have the latest version of the operating system.