Oppo’s Realme sub-brand will be announcing the Realme X2 Pro pretty soon, first in Europe, before coming to the India market later in December. We have got enough teasers, and even leaks surrounding the device, the latest been the confirmation that it takes just a few minutes t0 fully jack the device’s battery to full capacity. 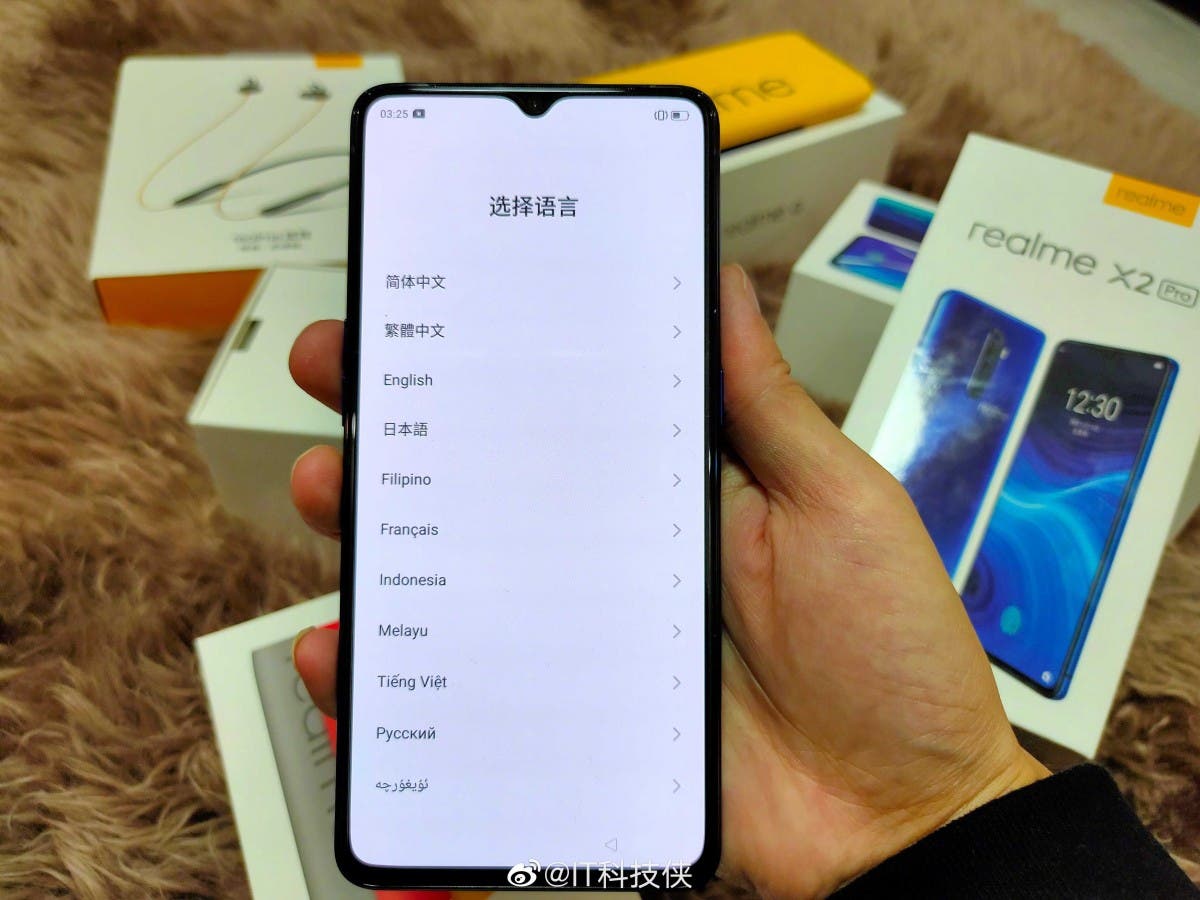 Ahead of its scheduled launch, a bunch of live images of the device has surfaced online, giving us a fresh preview of the upcoming device. And like we reported previously, the leaked images reveal the Realme X2 Pro has a centrally placed Quad-camera setup. The camera position alongside an awkwardly positioned Realme logo, are perhaps, the only known feature that sets it apart from the standard Realme X2, at least from the rear angle.

The logo was earlier thought to be a water map, but we do know now that the brand is only aiming to be different in this regard as no other OEMs have implemented similar designs. Obviously, the device has a skinny, tall display with little or no bezels in all three corners, but with a bit of it, and a water-drop notch for the front camera.

Beyond that, we can also see the Realme Buds Wireless,  and of course a Redmi power bank which might tag along the X2  Pro. They already launched a while ago, so this might be the first time they both will land in markets outside of Asia.

Aside from coming with the Snapdragon 855+ chipset, 64 MP camera, and a 90 Hz display, the Realme X2 Pro will come with a fast-charging solution almost as fast as OPPO’s industry-leading SuperVOOC – the 65W VOOc. To be precise, the Realme X2 Pro will come with a 50W fast charger and the company has made claims for a full battery. As per Realme, the X2 Pro’s 4000mAh battery can be juiced up to full in just 35 minutes while 40 percent takes a mere 10 minutes. That’s not all, the X2 Pro will also have support for other charging modes such as USB-PD and Qualcomm’s 18W fast charging technology.