It is very well-known that the Reno Ace and the Realme X2 Pro aren’t very distant cousins. The Reno Ace just went official yesterday with its jaw-dropping 65W SuperVOOC 2.0 charging tech and this is one of the very few things that won’t be present on the Realme X2 Pro. Although the sub-brand has you covered with a very fast charging solution, if not as fast as OPPO’s industry-leading SuperVOOC.  The Realme X2 Pro will boast 50W fast charge and the company has made claims for a full battery.

As per Realme, the X2 Pro’s 4000mAh battery can be juiced up to full in just 35 minutes while 40 percent takes a mere 10 minutes. That’s not all, the X2 Pro will also have support for other charging modes such as USB-PD and Qualcomm’s 18W fast charging technology. In comparison, the 65W charge of OPPO doesn’t look like it is miles better as it takes around 25 minutes to charge the same 4,000mAh volume. As OPPO stated yesterday, 65W takes 5 minutes to juice up the battery by 27 percent. In essence, buyers of the Realme flagship won’t be missing out on much while still getting a blazing-fast charging solution. 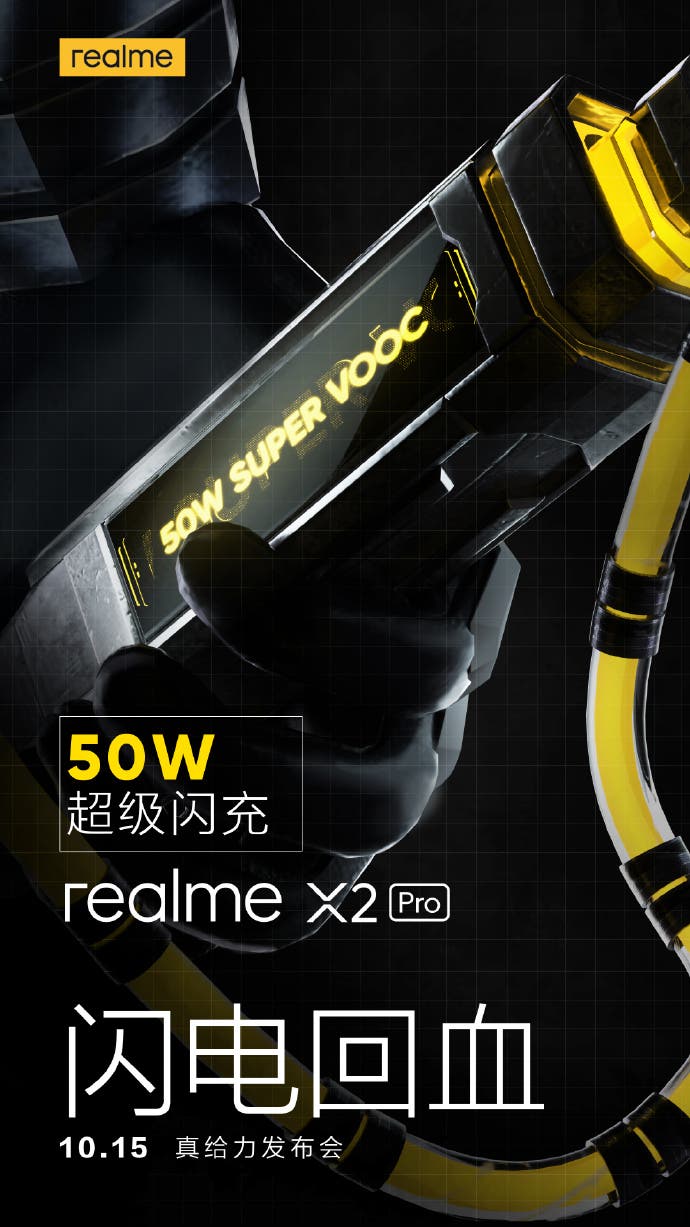 The Realme X2 Pro is set to debut in China and Europe on October 15th with some great features such as a 90Hz display, dual stereo speakers, 64MP rear camera, UFS 3.0, Snapdragon 855+ and much more.