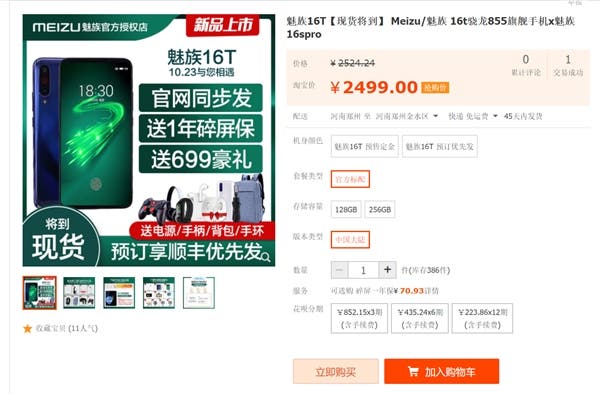 According to TENAA’s listing, the Meizu 16T smartphone comes with a symmetrical 6.5-inch full-screen display with a resolution of 2232 × 1080. Its dimension measures 159.63 × 78.2 × 8.3mm and it weighs only 183g. In the core configuration, the Meizu 16T comes with the Qualcomm Snapdragon 855 SoC and it will have up to 6GB of RAM and 128GB of internal storage. In the camera department, there is a 16MP + 8MP + 5MP triple AI camera setup. The battery capacity is 4500 mAh. The most important thing about this smartphone is its price. Looking at the pricing of the Meizu 16T, it appears that this smartphone is the cheapest Snapdragon 855 mobile phone in Meizu’s history. 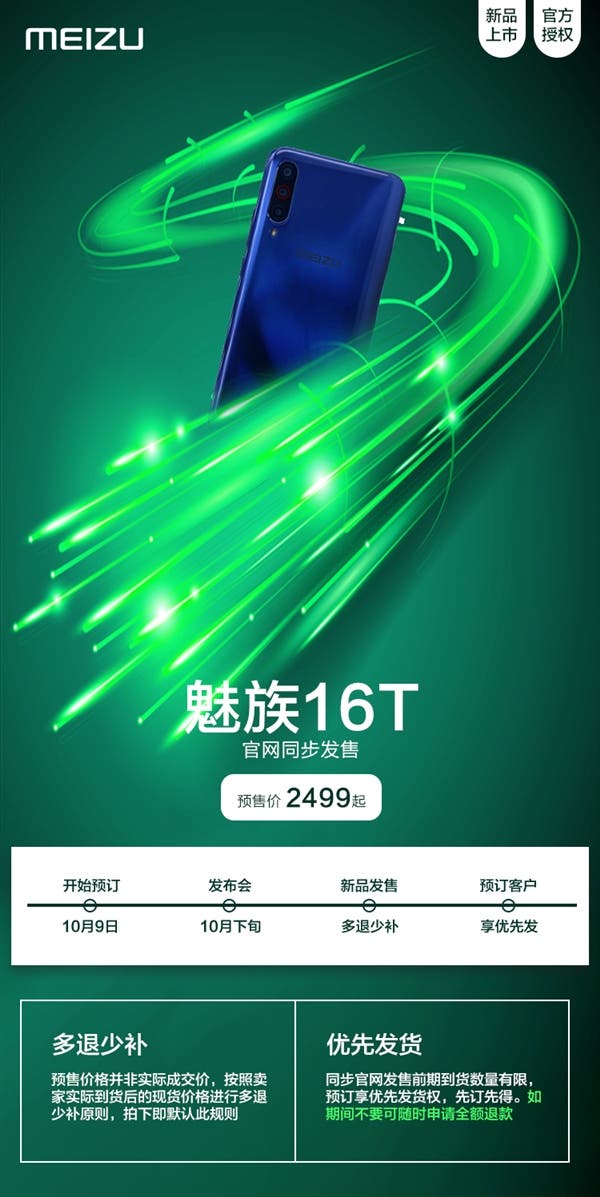