Earlier this week, Samsung teased the arrival of Android 10-based One UI 2.0 for the Galaxy S10 lineup. Of course, it would come through a series of beta releases for users signed in the beta program. Despite the fact that some controversy about the program launch emerged a few days ago, it seems that Samsung surpassed the challenges, finally opening registrations for this beta program in its home country South Korea. 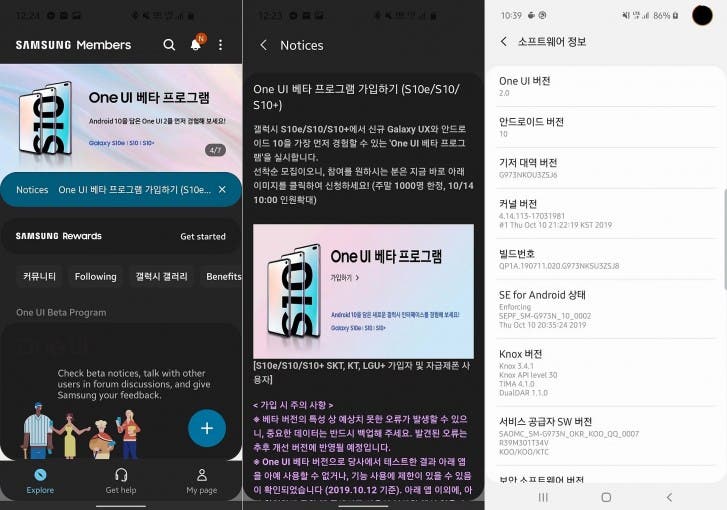 The program currently only has 1,000 slots, but the company will let more users join in from October 14. If you live in South-Korea and owns any of the Galaxy S10 devices – Galaxy S10, S10e, and S10+ – you can enroll in the One UI 2.0 beta program from the Samsung Members app on your device. Once you do that, you’ll receive an Over-the-Air update that will upgrade your smartphone directly to Android 10. As you might expect it will have Samsung’s brand new One UI 2.0 running atop. While this initial rollout will only upgrade the standard versions of the S10 lineup, Samsung also has plans to upgrade the S10 5G.

Unfortunately, there’s no word from Samsung when this open beta program will reach other countries. If everything goes as planned, we should see the first global variants of S10 devices getting Android 10 in November. Samsung also has plans to upgrade the Galaxy Note 10 series to Android 10 later this month.

Next Two Gionee phones get certified by TENAA with 5000mAh battery