Today, Japan Softbank Group announced that they will introduce smart sweeping robot products jointly developed with Beijing Stone Century Technology Co., Ltd. By the way, Stone Technology is also the only partner of Softbank in the field of making robot vacuum cleaners. In fact, we are talking about Roborock S6. It is set to hit the Japanese market on October 18. In addition to the nationwide home appliance seller, consumers can also get their hands on it from Amazon and Yahoo! Shopping.

SB C&S is responsible for the production, distribution, and sale of IT-related products under the Softbank Group. In addition to manufacturing and selling internally developed IT-related equipment, it also introduces products from various countries as distributors. 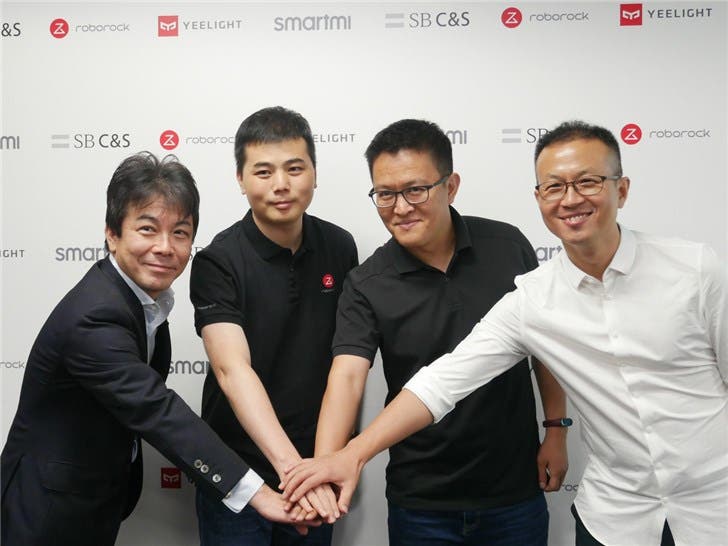 Shintaro Taki, senior vice president of consumer business and new business at SB C&S, said that this cooperation is of far-reaching significance for Softbank Group to promote the development of Japanese IoT.

‘Japan’s IoT products in the world are not performing well. And the Internet of Things business is far behind the United States for five years. In order to make Japan’s IoT business at the same level in the world, we need to introduce advanced products to promote Japan’s progress. China’s Internet of Things is developing rapidly. So we decided to cooperate with three startups in China, of which Roborock has shipped more than 5 million smart sweeping robots. Plus, they ship sweeping robots in many countries around the world.’

The Roborock S6 sweeping robot launched in Japan has two functions of sweeping and mopping. The maximum suction capacity is 2000Pa, the battery capacity is 5200mAh, and it can work for 180 minutes on a single charge. As for software, this product supports real-time viewing of the cleaning status as well as remote control through the app. It also provides room partitioning to specify room cleaning.

Previous The Samsung Galaxy Fold 2 could be released in April with an 8.1-inch screen