From the teaser poster spotted on Weibo, the Huawei’s sub-brand will be announcing the Honor Band 5i on October 22nd in China. And that means it will tag alongside the Honor 20 Youth edition, and perhaps, a couple of other devices.

We do not have all the technical details. However, it seems the Honor Band 5i shares the same design with the standard Band 5, so only a slight design change is expected. It has a similar elongated body and silicone wrist strap, but with a charging connector built-in which is concealed in the strap. 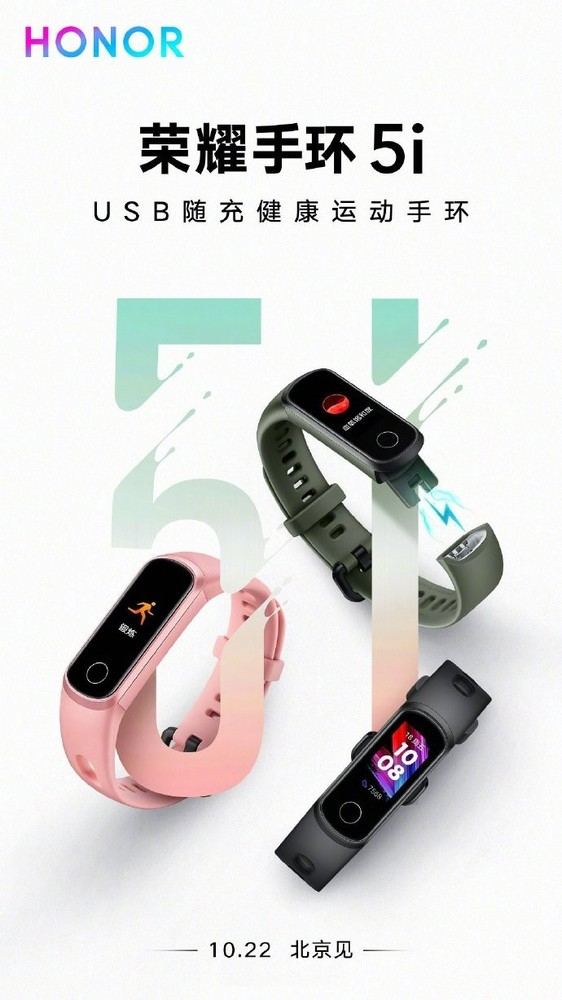 This way, the wearable can be charged via a wall charger with a USB A female port, without resorting to any charging accessories. Notably, the launch poster suggests the Honor Band 5i will come in Pink, Black, and Olive Green color options.

The Band 5i moniker makes it obvious that the wearable will come as a watered-down variant of the Band 5. However, the poster reveals it will retain one of Band 5 unique features – the blood oxygen level sensor via pulse oximetry which measures the level of SpO2 or oxygen saturation in the blood.

Other features, and of course, pricing and availability will be revealed on the launch date.