Lenovo owned Motorola is scheduled to unveil the Moto G8 family in Brazil in the coming days. Specs and official-looking renders of the Moto G8 Plus were leaked earlier this week by German publication Winfuture, and today we have detail specs, retail box, as well as hands-on images of the Moto G8 Play.

First revealed by tudocelular, the Moto G8 Play looks similar to the  G8 Plus on both sides, but not without some minor differences.  While the G8 plus get a triple camera setup with a 48MP sensor, LED flash, and laser autofocus, the G8 Play makes do with just a triple camera setup with an LED flash. Also, there is a fingerprint scanner embedded inside the usual Motorola dimple. At the front, there is the usual waterdrop notch, with the same amount of bezel as the G8 Plus.

Besides the design, the hands-on images of the Moto G8Play give us a brief spec overview. It has a slightly smaller screen compared to the Moto G8 Plus. The screen is a 6.2 inches with HD + resolution with a 2.0 GHz octa-core, supposedly a MediaTek Helio P60 under its hood. 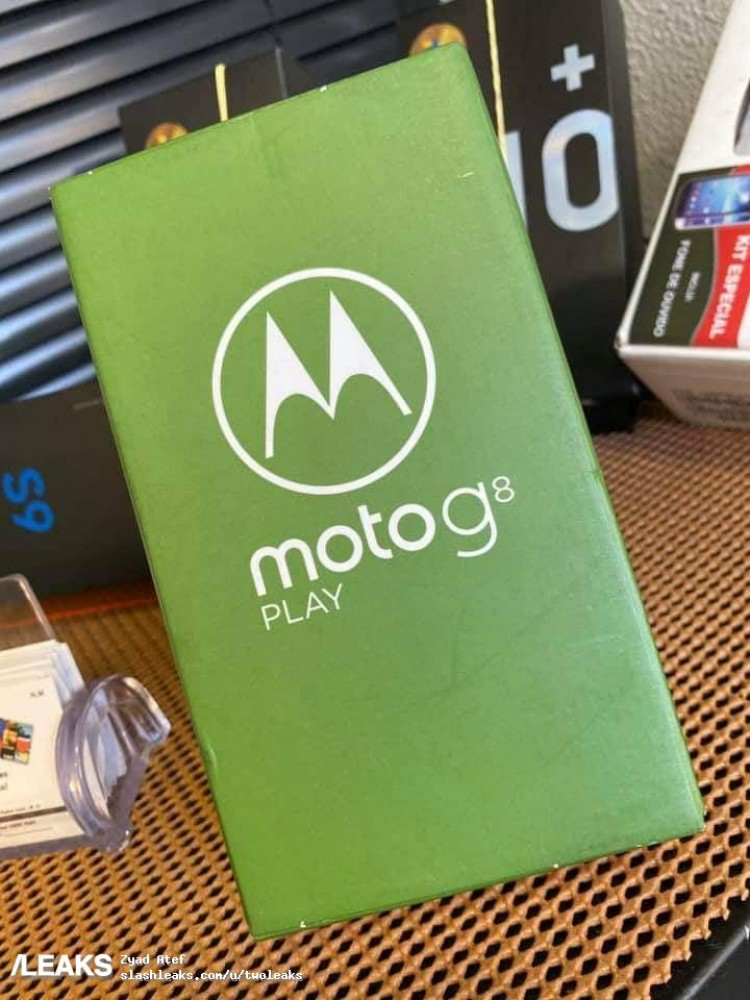 Coming to the camera department, the Moto G8 Play gets an 8-megapixel selfie camera, while there is a wide 117-degree camera coupled with a main camera,  supposedly a 48MP sensor, as well as a depth sensor with an LED flash. The Moto G8 play gets a  4000 mAh battery with fast charge support, possibly 10 watts.