The launch of Xiaomi Mi Mix 4 has been a big wish of all fans of the brand. It is believed that this phone will be revealed soon and now a real image emerges that makes the expectation around it increase.

The quality of the revealed image is definitely not the best, but you can understand the main features of the equipment. We see a device with a curved side screen and narrow margins. This is a similar image to another that emerged last week, depicting a mysterious smartphone from the company. 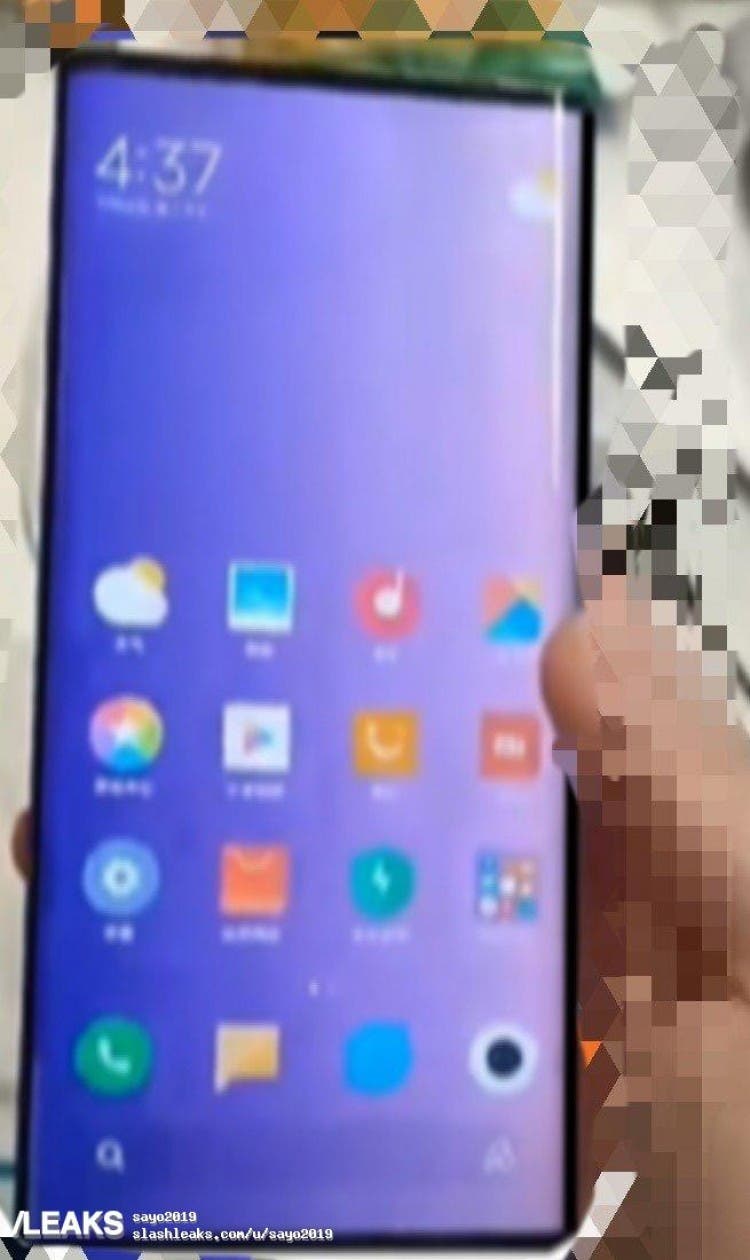 The Mi Mix line is a family of smartphones that excels in its design with very narrow bezels around the display. The smartphone we see in this image fits this philosophy, so it is plausible that this is actually the Xiaomi Mi Mix 4.

Where is the front camera?

This is a reasonable question we may have after looking at this photograph. The front camera of the device does not appear anywhere, which shows that Xiaomi hid it somewhere.

Xiaomi Mi Mix 3 has come with a front camera with a slider mechanism. But some sources believe that this will not be the solution adopted on the Mi Mix 4. This gives rise to the possibility of it being pop-up. The Chinese tech already does it in the Mi 9T and we don’t see why it couldn’t do it with this phone.

Another possibility is its incorporation in the screen, but that seems to be a remote hypothesis. These sensors are not yet consumer-ready. And we had no indication that Xiaomi could be developing such a camera in the near future.

The Xiaomi Mi Mix 4 will arrive this month

Rumors hold that the Xiaomi Mi Mix 4 could be unveiled on October 24. In the company of the Mi Note 10. In the case of the latter. This is the rebirth of a line that hasn’t seen any new models since 2017.

As for the Mix 4 specifications, this is expected to be a real high end. In fact, the Snapdragon 855+ processor, 8GB RAM and triple camera are strong possibilities.