Android has always been characterized as an operating system that has almost endless possibilities. With the arrival of Android 10, the system navigation gestures were updated, although some important doors were also closed. Such as the case of the incompatibility of the new gestures with launchers such as Nova or Action. If you have a third-party launcher installed on an Android 10 mobile, you cannot use the new navigation gestures. You must use the buttons or the old two-button system that came with Android 9 Pie. This is still the case, but for a short time.

Google has changed some details with the Pixel 4 and this incompatibility is one of them. The new Google phones arrive with the latest version of Android and also with the possibility of using navigation gestures in third-party launchers. It is great news for users, although it is only available in the most current version of Android 10. 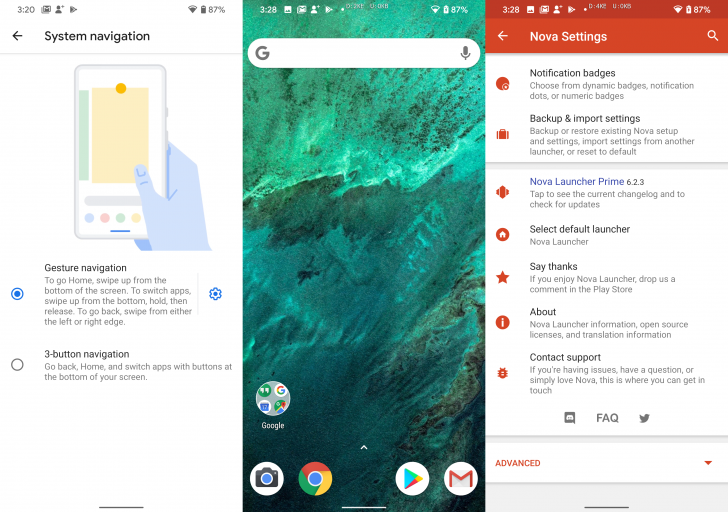 Nobody knew why Google closed the door to gestures in external launchers. And now nobody knows why it rectifies its decision. Even so, we must keep the good news and it is that in Pixel 4 there is no incompatibility of gestures with Nova or any other launcher. Of course, at the moment it seems something exclusive to the Pixel 4.

And the rest of mobile phones with Android 10? The Pixel 4 has been released a few days ago and it is possible that its version of Android is more current than that of other devices with this operating system. This means that other Pixels will be able to see this new compatibility in future updates. With the November security patch, everything may be fixed.

If you have a Pixel 3 or a Pixel 2 you should know that very soon you can use Android 10 navigation gestures and an external launcher without compatibility problems.

Next Google Pixel 4 facial recognition has a major flaw