Google Pixel 4 smartphones are now official, and users have started to discovers their features. One feature we already know in advance is the presence of a Soli sensor and a complete facial recognition system, announced by the company months before its presentation.

It is worth to mention that the new smartphones have no fingerprint reader. All the security of the phone is based on this system. Yet, as BBC discovered, the facial recognition system is not as secure as it should be.

Pixel 4: close your eyes, you are recognized

The facial recognition works very well, even at a complex angle or in the dark, but also works when your eyes are closed. So, anyone in the evening could enjoy your sleep to unlock your smartphone without your knowledge and take control. A clever little child could have some unwanted operations validated by his parents.

All security of the device relies on this facial recognition. Finding the existence of such a simple flaw is a shame, especially since most other systems already on the market (including Face ID, which launched the trend) do not have this problem. Apple, for example, requests your attention by default to unlock the device. 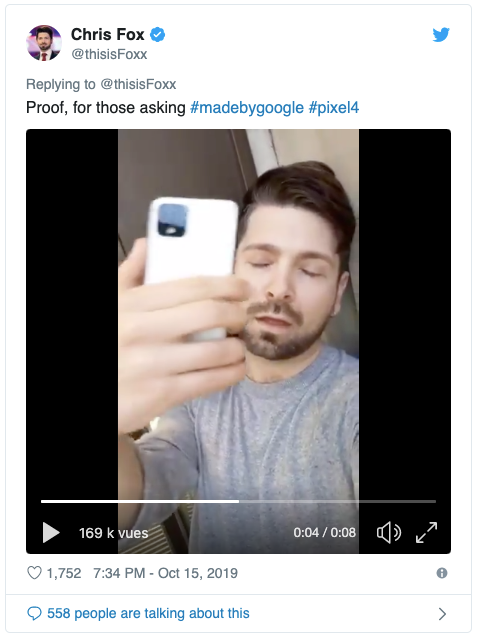 The alternative that does not convince

To overcome this, Google points out the existence of “Lockdown mode”. This feature is enabled in Settings, to deactivates facial recognition and enhance security by using a PIN code.

This is the exact opposite of what makes biometric recognition important and interesting on smartphones. So, we hope Google will update the phone to make it safer.

Google told BBC that “Face Unlock could not be fooled by photos or masks, however. And they will continue to improve Face Unlock over time” it said in a statement.

Next PES 2020 comes to Android, you can download it for free

Google will allow you to record calls from your phone application

Galaxy Buds+ have larger battery but no active noise cancellation