Huawei’s global is still braving winds of uncertainty due to the tricky situation with Google’s GMS service. However, the tech giant grows ever so stronger in its home country, China. Amid a number of phones under Nova 5 series, Huawei has teased yet another Nova series model dubbed as the Nova 5Z today targeting the Z-Generation .

The official Huawei account on Weibo posted a teaser image of the forthcoming Nova 5Z smartphone with key spec highlights. Looking at the picture of the image, one would easily mistake it as the Nova 5i Pro which has the same design. Also, the specifications of both these phones are identical as well, or at least what has been teased. 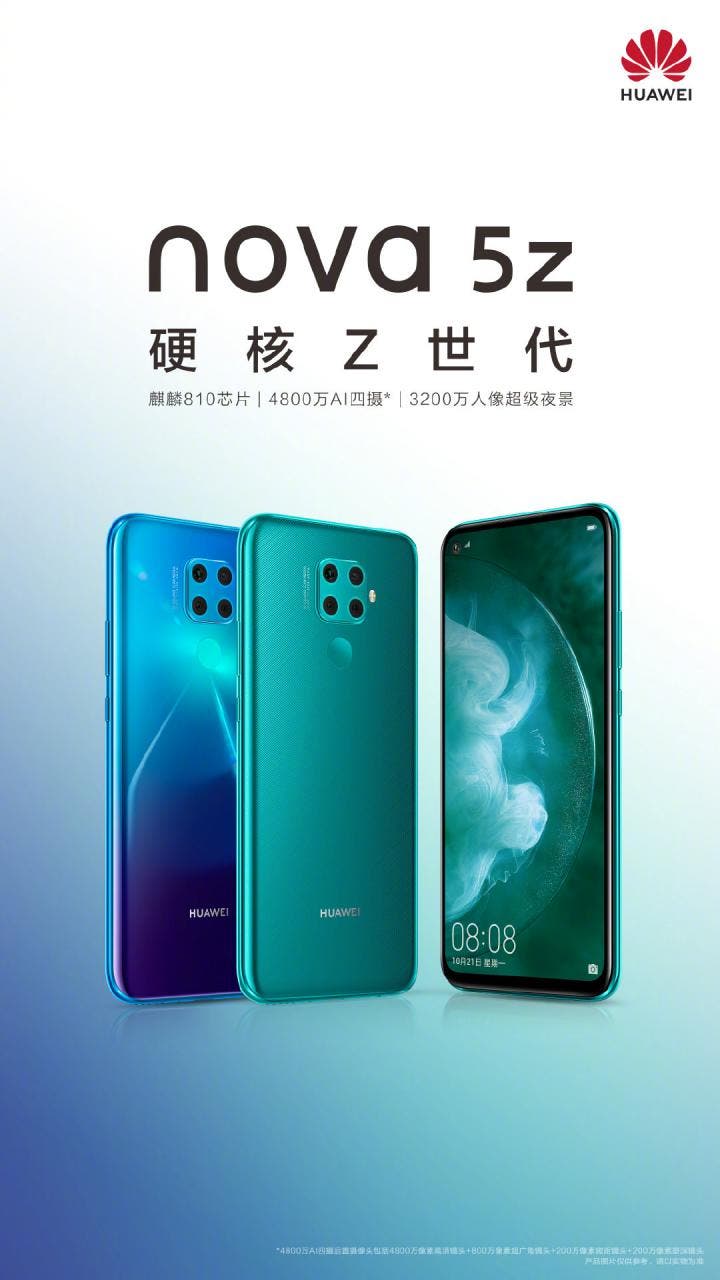 According to the teaser image, the device will be powered by HiSilicon Kirin 810 like the recent Huawei and Honor mid-range budget smartphones. Other than that, the phone will feature a quad-camera setup which will include a 48MP primary sensor, an 8MP ultra-wide sensor with an ultra-wide lens, a 2MP macro shooter, and a 2MP depth sensor. The selfie camera will be of 32MP and it will be nested in a punch-hole located at the top left corner of the display.

The Nova 5i Pro base variant starts with 6GB RAM and 128GB ROM. Thus, this upcoming Nova 5Z could be a lite version of the former model with less RAM and storage. Huawei did not mention the launch date yet but it could be unveiled on 21st October as seen on the lock screen of the teaser image.