It’s been only a couple of months since Huawei dropped the Huawei Mediapad M6 series, but we’re already beginning to learn about the 7th generation Mediapad tablets – the Mediapad M7. A few days ago, we got some renders of the alleged Mediapad M7, and today, we’re getting a fresh look at the same device, but now in a real-life leak.

The alleged real-world hands-on photos of the Mediapad M7 emanates from China’s Weibo, and are quite in tune with those we saw days ago. Notably, the upcoming Pad might be the company first foray into the flagship space with a look reminiscent of the Apple iPad Pro. The Pad M7 as per the leaked images will be the company’s first tablet to feature the punch-hole design for a selfie camera integration.

The latest leaks don’t reveal the rearview, however, the previous leak reveals it will come with the usual M-Pen stylus support, and what appears to be a dual rear camera setup. The bezels surrounding the display are slim enough that it doesn’t house any home button, and that means no fingerprint scanner. None is visible on the real panel, either, so, perhaps, it will come with an in-display unit.

Beyond that, there’s not much else to learn from these real-life images. Other specs and feature details have yet to be revealed. However, we expect the Mediapad M7 to come with the Kirin 990 SoC, with more battery, and if things remain, the device could come booting Android 10, but without essential Google services.

At the moment, we do not have any concrete information about the Huawei Mediapad M7 launch date, pricing, and availability. However, there are speculations it will launch alongside the Nova 5T on October 21. This we think is unlikely to happen. The Pad M6 only launched back in June, so we think fans of the M series lineup will have to wait until early 2020. Perhaps at the MWC  2020. 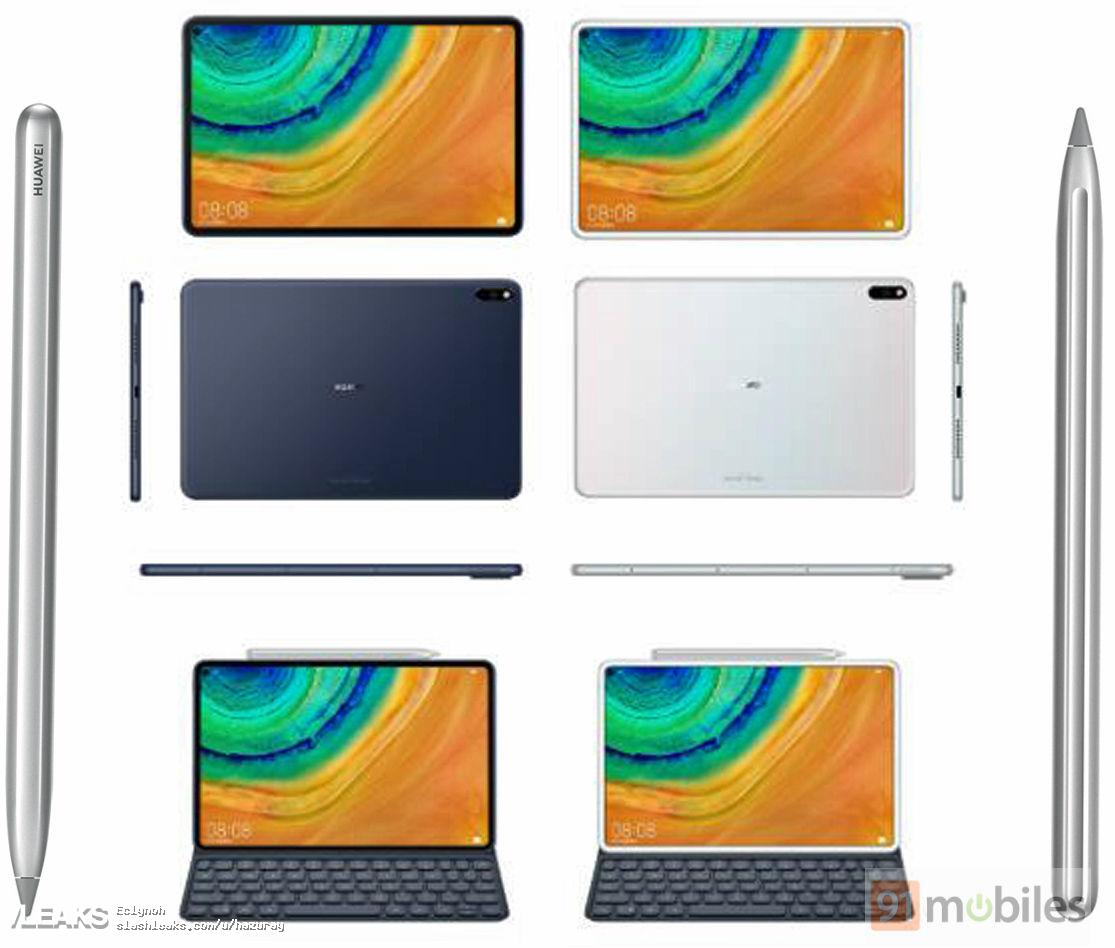