DOOGEE have released the newest addition to the rugged modular S-series just a few days ago and the shiny new DOOOGEE S95 Pro is now available in the first pre-order offer. According to the DOOGEE Official Facebook page the phone is up for grabs from October 20th with a special price of just $369.99, utilizing the special DG30 discount coupon. The deliveries should start on November 11th and everything important is of course covered by the infor on the official website of the brand. But first let’s take a look at the phone itself. 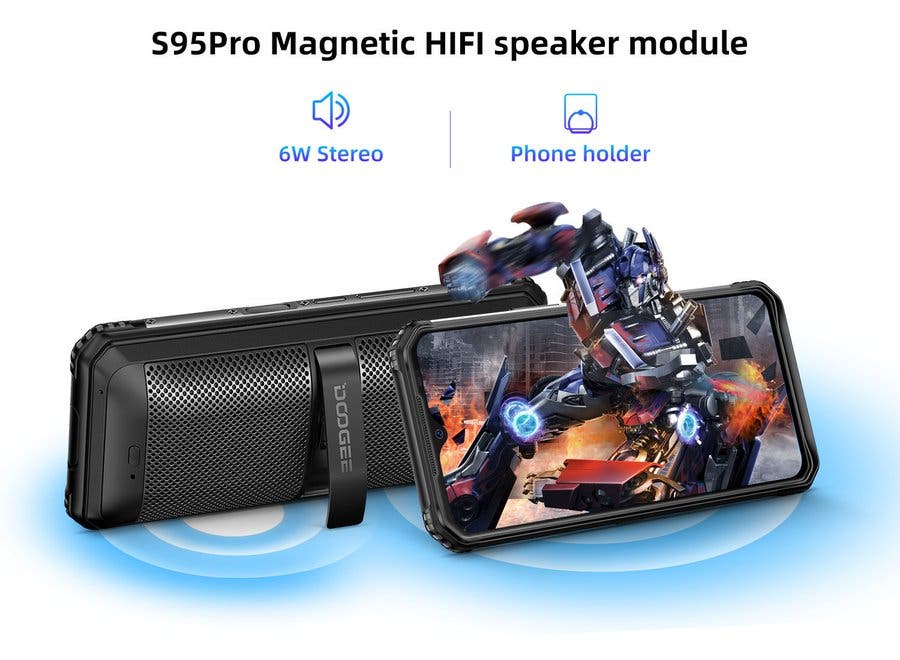 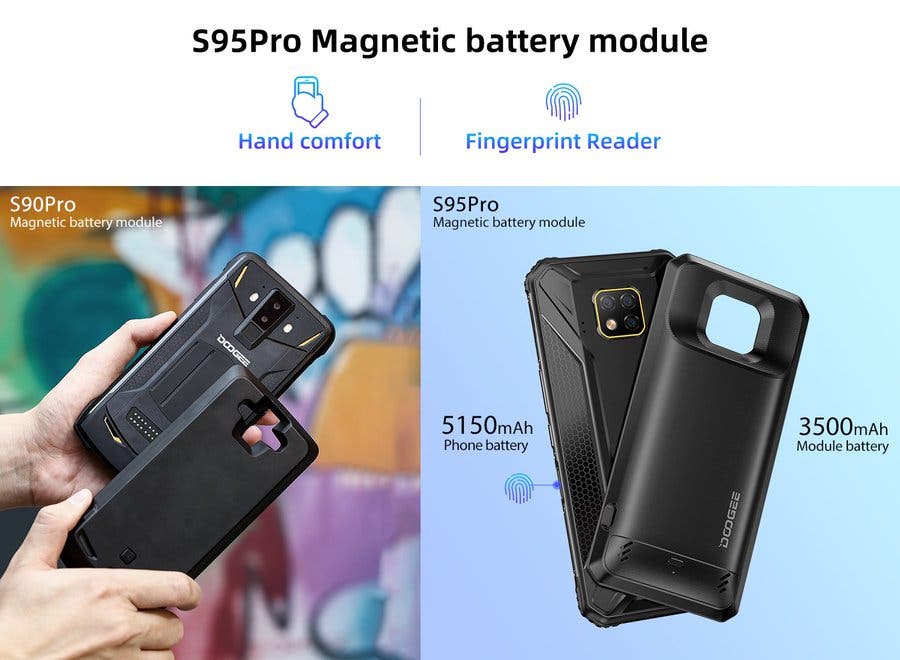 But because DOOGEE S95 is a modular phone it has some extra aces up the sleeve. There are two extra modules available -magnetic battery one and magnetic HI-FI speaker. With the extra battery you are getting another 3500 mAh battery pack, which can be charged independently and supports also the 10W wireless charging. And the Hi-Fi speaker offers 6W rated power with dual 27mm speakers and integrated own battery for roughly 10 hours of playback. And DOOGEE is now offering both of the modules packaged in with the phone with only $100 extra, so using the same DG30 discount coupon you will get to just $469.99. 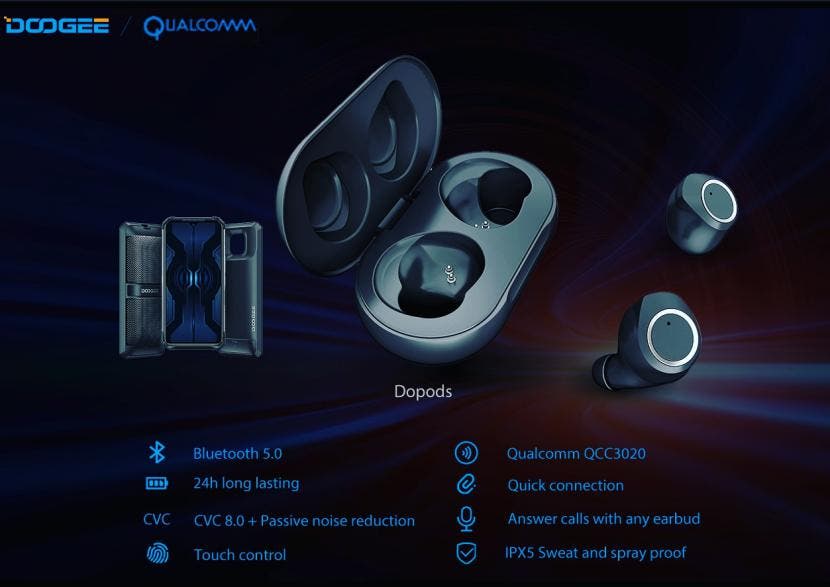 Meanwhile, DOOGEE also released a true wireless earbuds Dopods running on the Qualcomm QCC3020, which is known for it’s good sound quality and low power consumption. And to promote that first 1000 customers buying the rugged modular DOOGEE S95 Pro will be getting the Dopods for free as a gift and everybody will also get a free tempered film as an extra bonus. So ideally join up the Doogee Facebook group for all the latest info, but this phone is really shaping up to be a pretty good piece.