The Samsung Galaxy A51 smartphone will replace the Galaxy A50 and Galaxy A50s, and again will be an attempt to repulse Chinese competitors. The company should try again to make it attractive both in terms of capabilities and price.

The Korean manufacturer has to think about what features to offer in the new model. So, the Galaxy A50 offered a fingerprint scanner on the display, which was a novelty for devices of this price segment. Perhaps in the multi-camera system on the rear panel there is room for a 64-megapixel proprietary sensor.

Samsung Galaxy A51 pops up on Geekbench

To learn a little about the Galaxy A51, information was found in the Geekbench benchmark database. Judging by the benchmark test, the smartphone will be built on an Exynos 9611 chip, will have 4 GB of RAM and the Android 10 operating system with the OneUI 2.0. 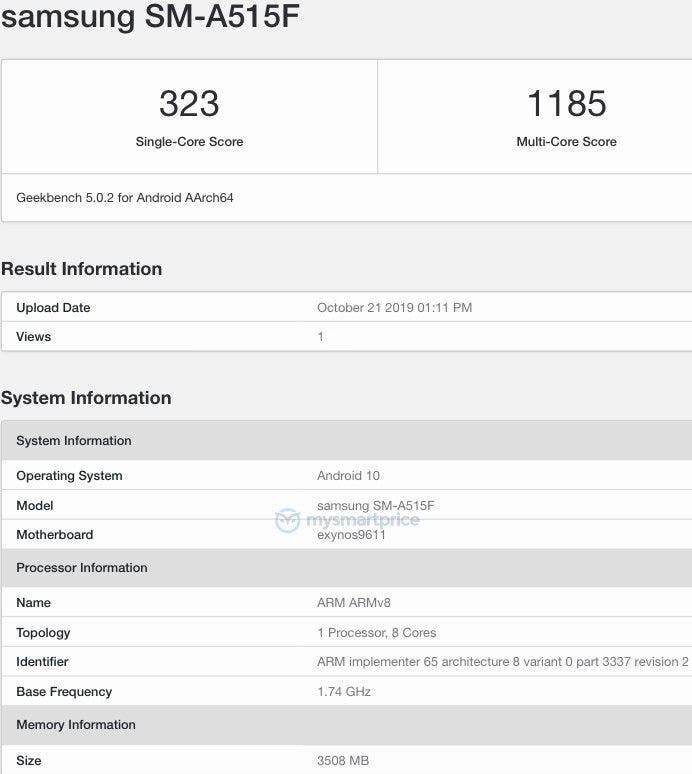 It is assumed that the device will be offered with 64 GB and 128 GB of storage memory. And will also offer a variant with 6 GB of RAM.

According to the test results of Geekbench 5.0. The smartphone was able to score 323 points in single-core mode and 1185 in multi-core mode. There is no information when the official presentation of the Galaxy A51 will take place. But given that the Galaxy A50s debuted in August. We should not expect a successor before the first quarter of next year.