Chinese tech conglomerate, Huawei, shipped more than 200 million smartphones in 2019, said the company in a press-release statement today.  What’s even more impressive is that this isn’t the first time the company has done this. In fact, It took the tech giant roughly around 2 months less than the previous year to achieve the same milestone. This is a big feat considering in October 2016, Huawei had just surpassed the 100 million mark. 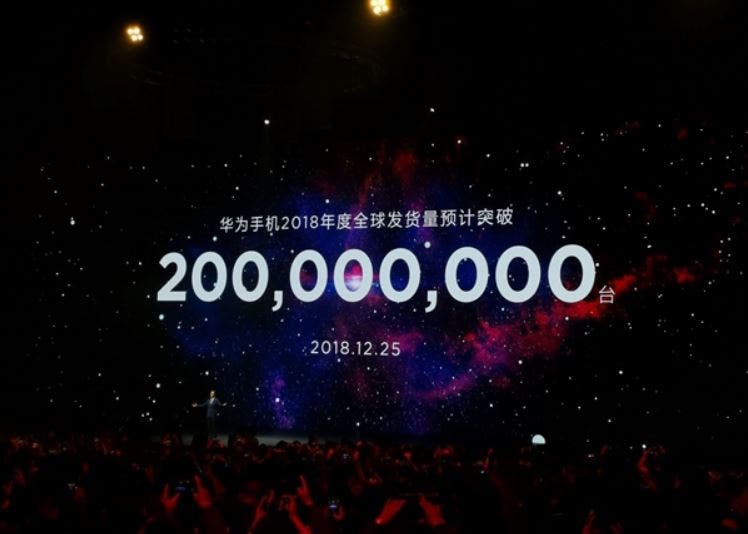 In August 2019, the US government added Huawei Technologies to the entity list. In simpler words, the companies included in the entity list are banned in the US. And hence, US-based companies are not allowed to do business with the companies listed. Therefore, Huawei lost their Google Services licence in the process and since then none of the Huawei smartphones made it to the international markets.

Google services are essential for Play Store, Youtube, and other core functionalities of Android Operating System. Without that, selling new models in global markets doesn’t make any sense. Despite that hurdles, the Shenzhen-based company shipped more than 200 Million smartphones which is a great feat achieved by the company. They did not reveal the breakdown of shipments. But going by the situation, most of the sales could be from China rather than global markets.

The brand also announced the price and the availability of their long-awaited Mate X foldable smartphone at an event today in China. It will retail for 16,999 Yuan for 8GB RAM and 512GB of internal storage. The phone will go on sale for the first time at 10:08 AM on 15th November.

Previous Huawei Mate X 5G is finally on sale, but only in China