Huawei started to provide the Android 10-based EMUI 10 for its current flagships. Now, it’s time to give the same treatment to the last year’s family of high-end devices. The Chinese phone is now bringing EMUI 10 to four phones from the Huawei Mate 20 series. The Android 10 beta is rolling out for those courageous enough to test it, once that all bugs are cleared, the company will roll out the stable build for all users. 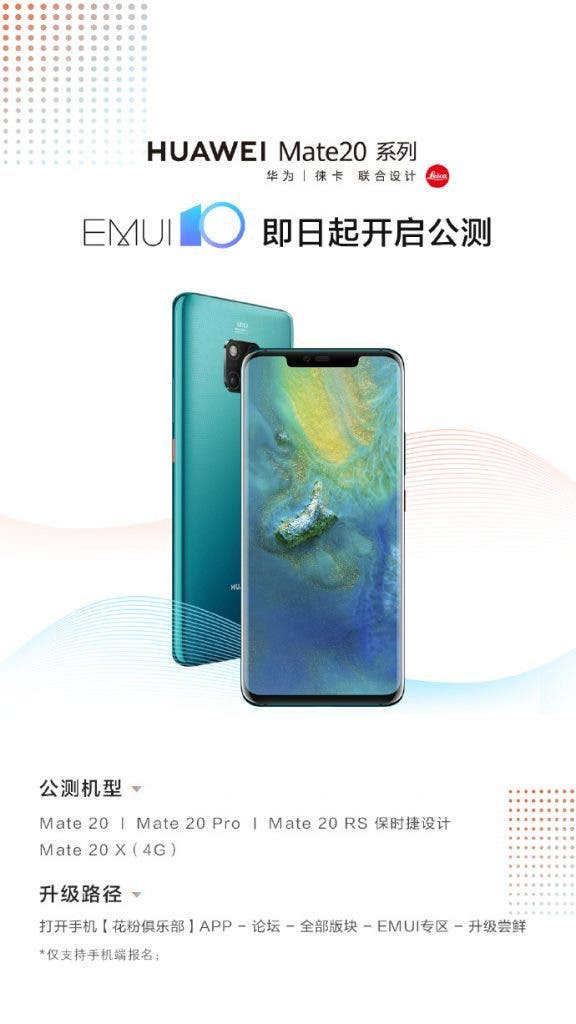 The EMUI 10 beta eligible devices are the Huawei Mate 20, Mate 20 Pro, Mate 20 RS Porsche Design and the Mate 20X (Not the 5G variant). Besides the Huawei smartphones, The Chinese Behemoth is also providing the respective betas for some Honor smartphones. That includes Honor 20, 20 Pro, Honor V20, and Honor Magic 2. Worth noting that instead of EMUI, these devices are getting Magic UI 3.0. That’s how Huawei is calling the software for Honor smartphones. In the end, both EMUI 10 and Magic UI 3 are based on Android 10.

As usual, Huawei is deploying these updates in the domestic market of China. However, we should see Global customers receiving the same treatment in the coming days. The next devices in line for the public beta of Android 10-based software are Huawei Enjoy 9s, Honor 10 Lite and Honor 20i.