A couple of days ago, there was news that the Samsung Galaxy S10 and Note 10 are not supported by some banks worldwide. This was conditioned by some issues with the ultrasonic fingerprint scanner of these phones. Particularly, the UK bank Nationwide Building Society has disabled the fingerprint login option in its app for Galaxy S10 owners. NatWest, another UK-based bank did the same. Today, Samsung Electronics announced that it has released a software update to fix the fingerprint recognition vulnerability of these models. 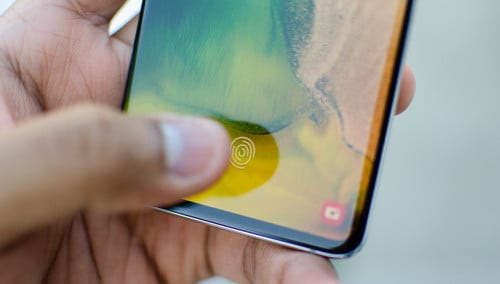 In response, Samsung today apologized through its customer support application ‘Samsung Members’. Also, it reminded the Galaxy phone users to update their biometric authentication to the latest software version.

As for the case, recently, some Galaxy S10 users have found a problem on their phone. It turns out after a protective film is attached to the smartphone screen, anyone can successfully unlock it via the fingerprint recognition module. Some users reported that after adding a film to the new Galaxy S10, anyone can unlock the phone. It’s done directly, without registering the fingerprint information.

Samsung subsequently said: ‘When the ultrasonic fingerprint sensor regards the 3D mode on a specific silicone screen protector as the user’s fingerprint, the device will be unlocked.’

For this reason, Samsung recommends the users to remove the protective film and delete all previous fingerprints. Then, they have to re-register.

The industry believes that the loophole is particularly worrying because the fingerprint sensor can not only unlock the phone but also pay through Samsung’s payment system. To this end, the Bank of China issued a statement yesterday. For the user data protection, their app has temporarily closed the fingerprint login function of this model as well.