The highly-anticipated MIUI 11 update is coming for the Xiaomi Mi 6, but for those who have been waiting for Android 10, there’s a catch in this update. While some other smartphones are receiving Android 10-based MIUI 11, it seems that the Mi 6 be stuck on Android Pie. It still gets all the features that are available on the latest version of MIUI. However, if you’ve been waiting for the latest Android version, then you’ll be disappointed.

The Xiaomi Mi 6 came originally with Android Nougat and later received an update to Android Oreo. Back in October 2018, when Xiaomi disclosed its plans for Android Pie, the smartphone was absent on that list. However, in a sudden change of tides, Xiaomi released an Android Pie Beta in April. The Global branch came in June and was confirmed to be the last major OS upgrade for the former flagship. 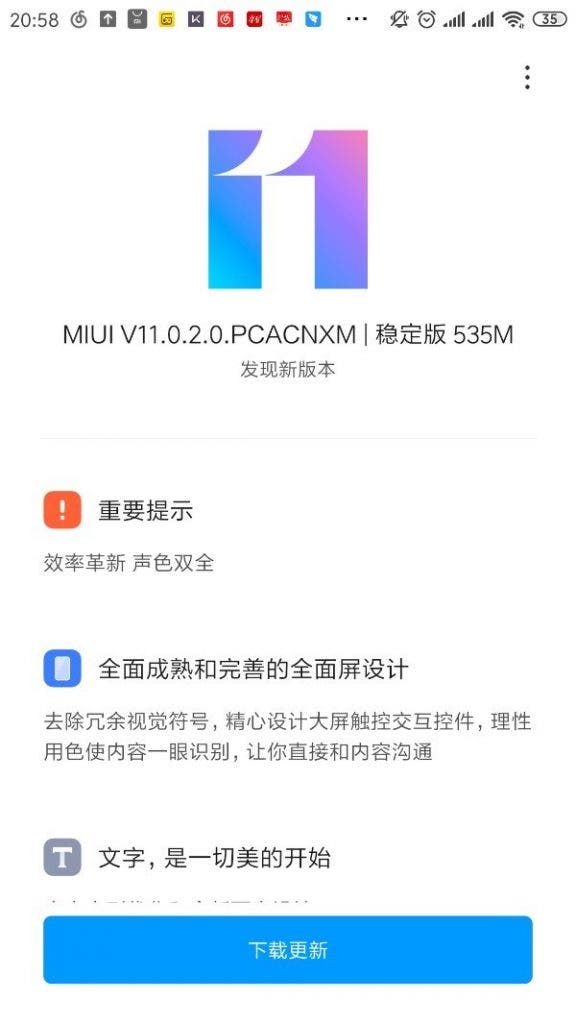 If you’re a fan of MIUI 11, at least you’ll be glad to know that the old smartphone is receiving it. As usual, all the features are available for the handset since they’re not dependent on the Android version. Users will receive a new interface design, new Mi Lan Pro system font, and improved always-on display functionality.

The update is rolling out via OTA and weighs in at 535MB.