There is a picture that is making millions of shares in China. This is Ren Zhengfei, The CEO of Huawei, photographed at the airport holding a tablet device of a competitor company. Guess what we’re talking about? it’s the Apple iPad.

The image of Huawei’s CEO during normal airport security checks is spreading in these hours on social media. While the attendant reviews his hand luggage, however, one detail has made the antennas of the Web stand out: the presence of an iPad. 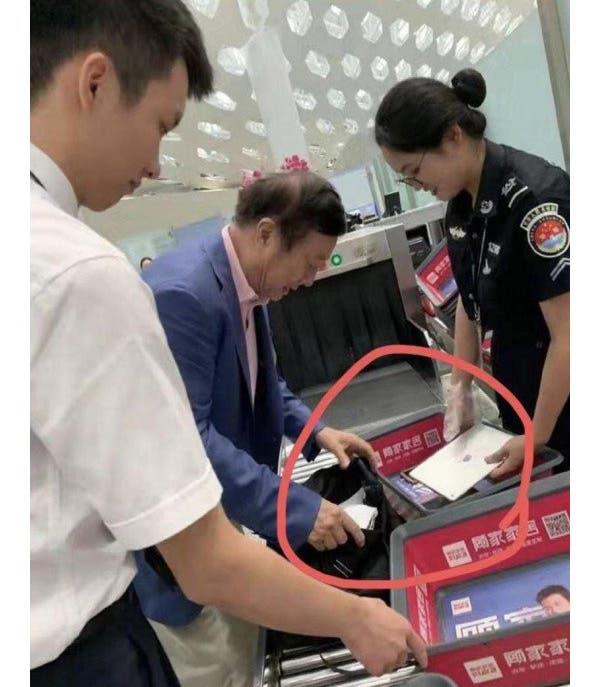 On the other hand, this is not surprising. Ren has previously admitted his love for Apple. And Huawei’s CFO, Ren’s daughter Meng Wanzhou, was carrying an iPhone 7, iPad Pro and MacBook Air when she was arrested in Canada.

“My children prefer Apple products over Huawei’s. Does it mean that they don’t love Huawei? Of course not,” the CEO told  Chinese media in May. “Huawei products are ultimately commodities. People use them if they like them.” He further explained, “iPhone has a good ecosystem and when my family are abroad, I still buy them iPhones, so one can’t narrowly think love for Huawei should mean loving Huawei phones.”

Join GizChina on Telegram
Responding to rising nationalist sentiment and calls to boycott Apple products in China after the  US blacklisted Huawei from buying American technology, Ren said he would oppose any plans to ban Apple products in China. He also called Apple his teacher. “As a student, why go against my teacher? Never,” Ren said
in a Bloomberg interview.

It is worth to mention that at the beginning of the year, Huawei has changed its corporate policies, requiring employees to use only Android phones to post on Twitter. Some staff members even received salary cuts for not doing so.

Next Ren Zhengfei: Huawei will produce 270 million phones this year