It’s not strange for malicious apps to surface on PlayStore and defraud unsuspecting users. However, Google is actively working to prevent such apps before they do much harm. Recently, a new app was suspected after a security company, Upstream, tracked over 70 million suspicious transaction requests from the app. This resulted in up to $91 million in unwanted costs for users. This happened within six months. 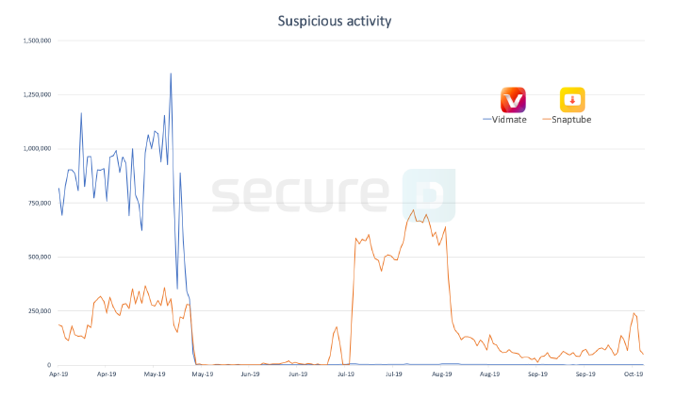 The app itself comes with a malicious nomenclature. Users trying to install SnapChat or YouTube could easily install SnapTube. According to Upstream “Snaptube has been delivering invisible ads, generating non-human clicks and purchases, then reporting them as real views, clicks, and conversions to the advertising networks that serve them. The ads are hidden from users as they do not appear on-screen”.

Like many other apps of this type, Snaptube has been cheating on advertising. Such occurrences are not uncommon with apps in Google’s Play Store. However, it appears that this did not affect many users from Europe

“In particular, Android users should look for suspicious apps on their phones to avoid falling victim to unwanted purchases or losing credit. In that case, they should immediately uninstall them and check any new mobile charges for possible fraud. “

Users can also set up a third-party blocking app or consistently check online expenditure to verify tht all is well.