Xiaomi unveiled the Xiaomi Mi CC9 series back in June and is now set to release an enhanced variant of the CC9 smartphone. The company made the confirmation earlier today when it released a product launch teaser for the same device. Aside from confirming the Mi cc9 pro, the 108mp camera, 5x zoom, and what looks like a Penta-camera setup, Xiaomi has yet to release the device’s specs.

There have been reports that Xiaomi has a total of 4 smartphones with the 108MP camera sensor in the making. These devices are codenamed “Tucana”, “Draco”, “Umi” and “Cmi”. Now, the Geekbench has played host to a Xiaomi device codenamed “Tucana”. The device is expected to launch as the Xiaomi Mi CC9 Pro. And according to the Geekebnch entry, it will come equipped with the Snapdragon 730G SoC. The listing also reveals 6GB RAM, while running Android 9 UI-based MIUI operating system. 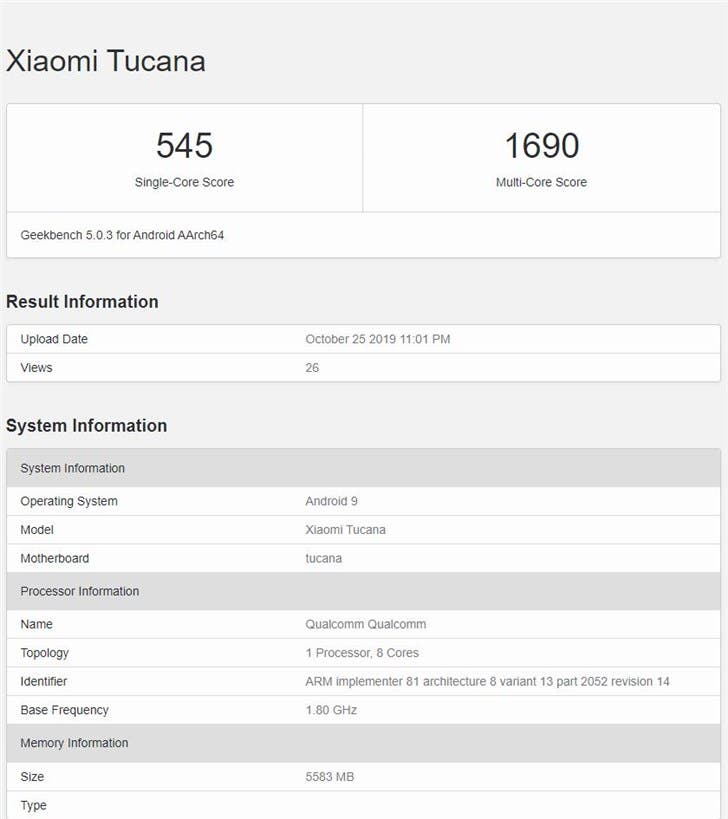 As per the official launch teaser released a few hours ago, the Mi CC9 Pro will come fitted with a total of five cameras, stacked up in a vertical manner. It has two dual-LED flashes, with indication that the telephoto camera is capable of up to “5X Optical” Zoom. Xiaomi has yet to detail the camera specs. However, the 108MP sensor is likely to be assisted by an ultra-wide camera, and a 3D ToF camera. There are chances it will get a macro camera, or a depth sensor. We would have to wait for official confirmation.