Xiaomi’s smart TV lineup is doing quite well in the market especially in China and India. Recently, a popular Weibo user shared a screenshot of his private chat with Li Xiaoshuang, general manager of Xiaomi TV (air conditioning) department. In the screenshot, Li Xiaoshuang confirms that the release Xiaomi TV 5 is within a month. However, we have an exact date for the Xiaomi TV 5 arrival. A recent poster shows that it will come on November 5th and the slogan of the TV 5 series is “exploring new horizons!” 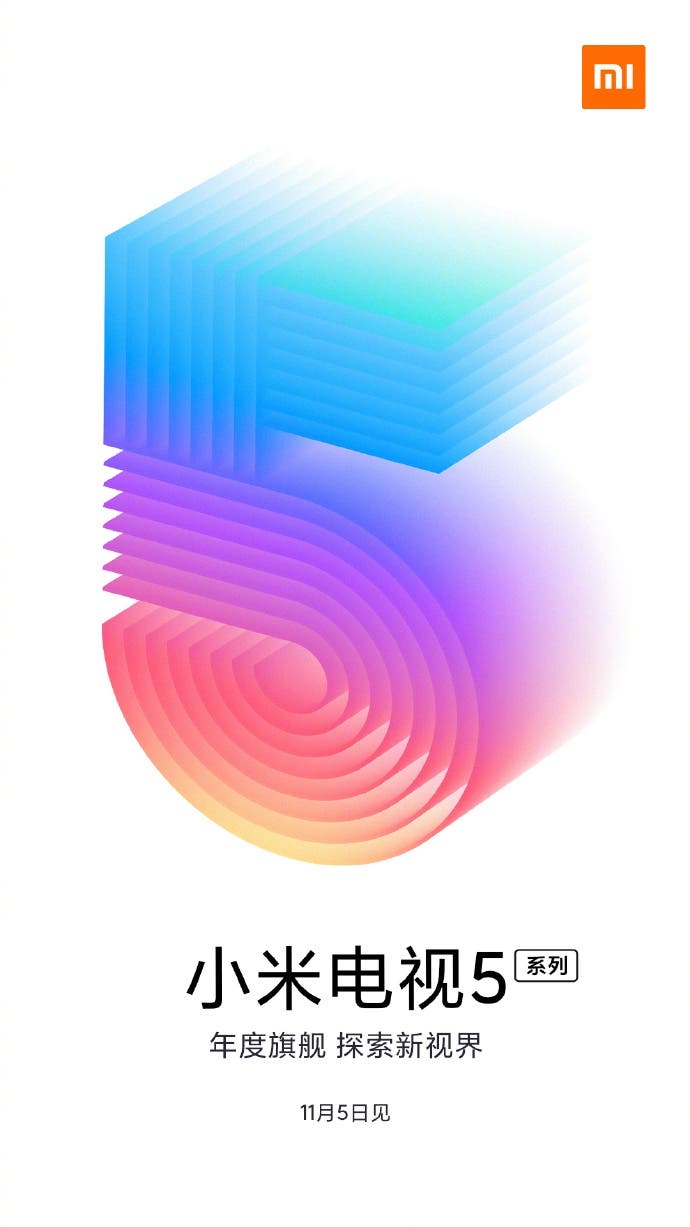 Since the launch of the first generation of Xiaomi TV in September 2013, Xiaomi TV has four generations. Among them, Xiaomi TV 4 series has TV 4, 4A, 4C, 4S, 4X and 4Pro. Its sizes also varies from 32 inches to 75 inches. In 2019, Xiaomi began to promote full-screen TVs.

As usual, it will commence sales from the Chinese market. According to Aowei.com, the global shipment of Xiaomi TV in the first half of 2019 was 5.4 million units, a year-on-year increase of 64.9%. In the first half of 2019, the shipment of Xiaomi TV ranks first in China. In addition, it has been on top of the Indian TV market for five consecutive quarters. In addition, Lu Weibing, president of Redmi, believes the company’s TV is tops for four reasons. These include easy to use, rich in content, AIOT compatibility, and high quality. MIUI TV and PatchWall TV systems are from MIUI and they lead Internet TV services in China.