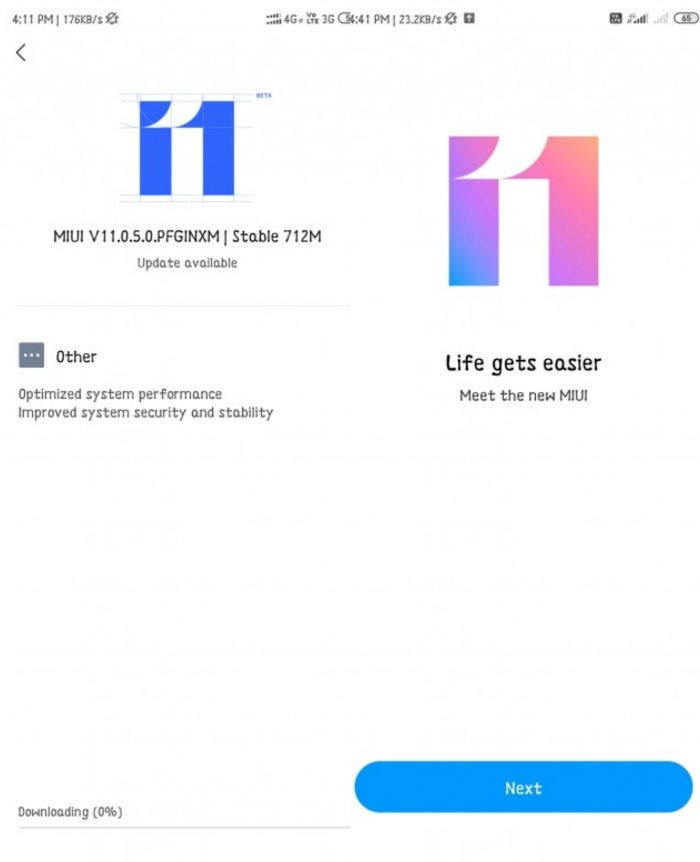 Xiaomi is rolling out the update with the software version MIUI 11.05.0.PFGINXM weighing 712MB in size. The update brings the latest October Android security patch to the device. It seems like the update is seeding out in a staged manner meaning not all the users will receive the update as of now. If you haven’t received any update notification, you can try manually checking it from the System Update app. We recommend downloading the update using a good WiFi connection.  For some reasons, the changelog doesn’t reveal anything about the update except few security fixes and optimised system performance.

To recall, the all-new MIUI 11 update brings various visual changes such as minimalistic design, redesigned Mi File manager app and much more. The new version of the software also brings the much-awaited system-wide Dark Mode and refined colour scheme with White backgrounds. Furthermore, the smartphone maker has now added Mi Share feature which allows users to share file between devices. There is a Mi Go feature which is nothing but an extreme power-saving mode. Xiaomi claims that the mode will offer 24 hours of standby time with just 5 per cent of battery juice. There is a floating calculator, steps counter, new dynamic sound effects, wallpaper carousel and ‘Milan Pro’ font. Lastly, there is a dynamic font scaling feature that automatically changes the boldness of text depending on the displayed content.

Next Moto 360 Smartwatch is back, but not thanks to Motorola