Huawei continues to go through a very complicated phase in the various international markets. However, the brand is not being shaken by the various attacks of the United States, continuing to show incredible growth in its home country.

According to the latest data revealed by the analytics firm Canalys, during the third quarter of this year, Huawei has marked a growth of 66% in the Chinese market. This impressive percentage is due to selling 41.5 million smartphones over the last three months. 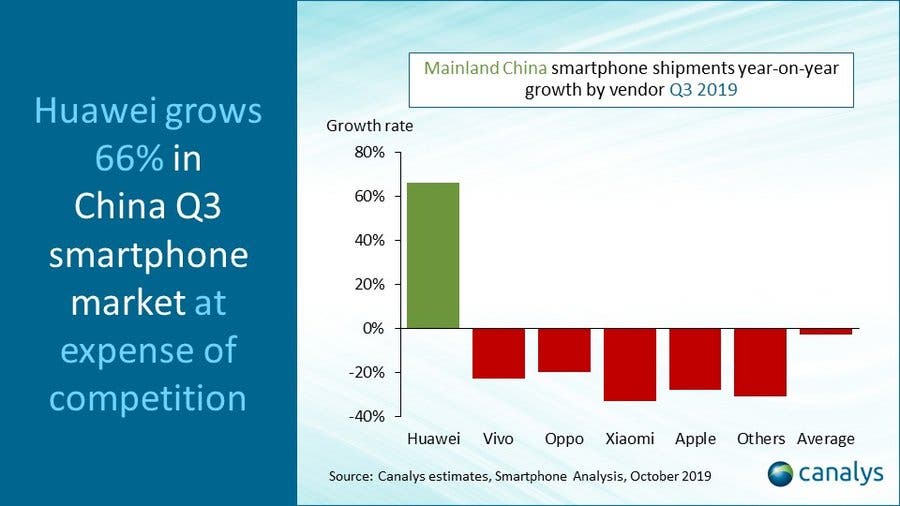 Huawei has no opponent in China

Huawei is the dominant manufacturer in the Chinese market, and it looks set to continue for a long time, as there is no opponent that threatens its dominance. Its growth in China has seen an incredible increase since the United States blacklisted it.

To get a better idea of ​​the manufacturer’s great success, this was the sixth quarter that saw ‘two digit’ growth. That is, for a year and a half, Huawei has been able to maintain growth of at least 10% in every quarter.

Of course, there is also Vivo, Oppo and Xiaomi. These three manufacturers has achieved a total of 17.9 million, 17 million and 8.8 million units sold, respectively. As we see from Canalys figures, Huawei has a market share of 42% that is unlikely to be threatened by any of its rivals. 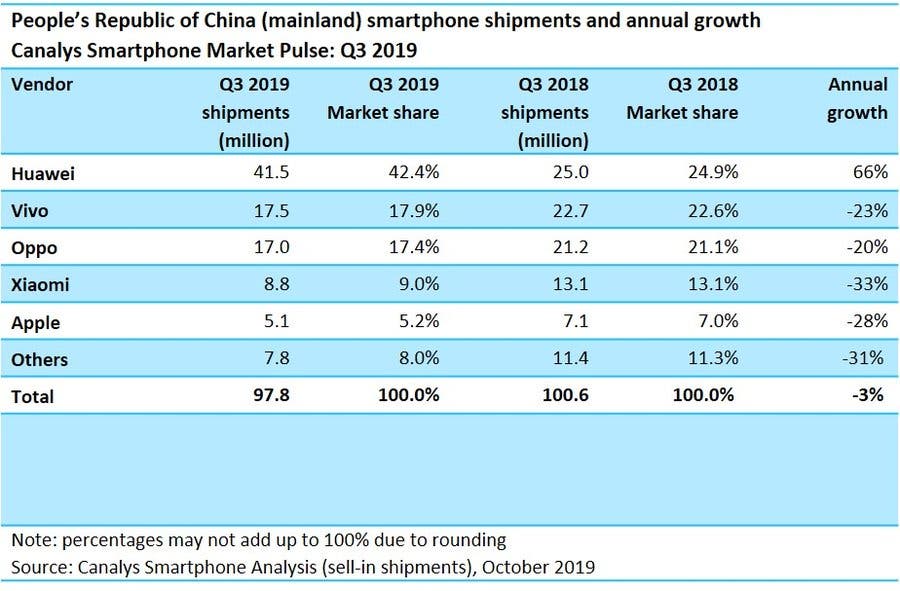 Thanks to a very strong first half of the year and strong growth in China. Huawei has achieved once again impressive numbers. Recall that the manufacturer has recently proudly confirmed another big achievement. We are talking about the surpass of 200 million smartphones sold 2 months earlier than in 2018.

However, it is likely that by 2020 the scenario will be totally different. Although it has been affected by US actions for some time. Only the first serious effects were felt in the second half of the year. With the launch of Mate 30 Pro without Google services, sales numbers in global markets have plummeted.

Unless the manufacturer can find a viable solution to this problem. The numbers on global markets are expected to continue to fall over the next year.