A few weeks ago, we talked about an alleged “Note 10 Lite” smartphone. And, now it is the turn of the Samsung Galaxy S10 Lite, an “economic” device of the “S” family. Thanks to the passage through Geekbench, we have more details about this mysterious smartphone that promises to surprise us.

Before continuing it is necessary to say that we are facing a story that attracts a lot of attention, but we must be aware that it is something that is not announced by the company. Benchmark apps are capable of measuring the performance of devices, but their data is simple to falsify.

The Samsung Galaxy S10 Lite should theoretically be a smartphone with lower specs that the high-end, this reminds us of the mythical “Mini” series that in the beginning came to make a top in sales. Well, according to the latest reports that have reached us, the Lite version of the Galaxy S10 would come with a chip comparable to its older brothers. Yes, it is the one you are imagining. According to the benchmark database, it would be the Qualcomm Snapdragon 855, the same as the processor that this year’s flagships have. 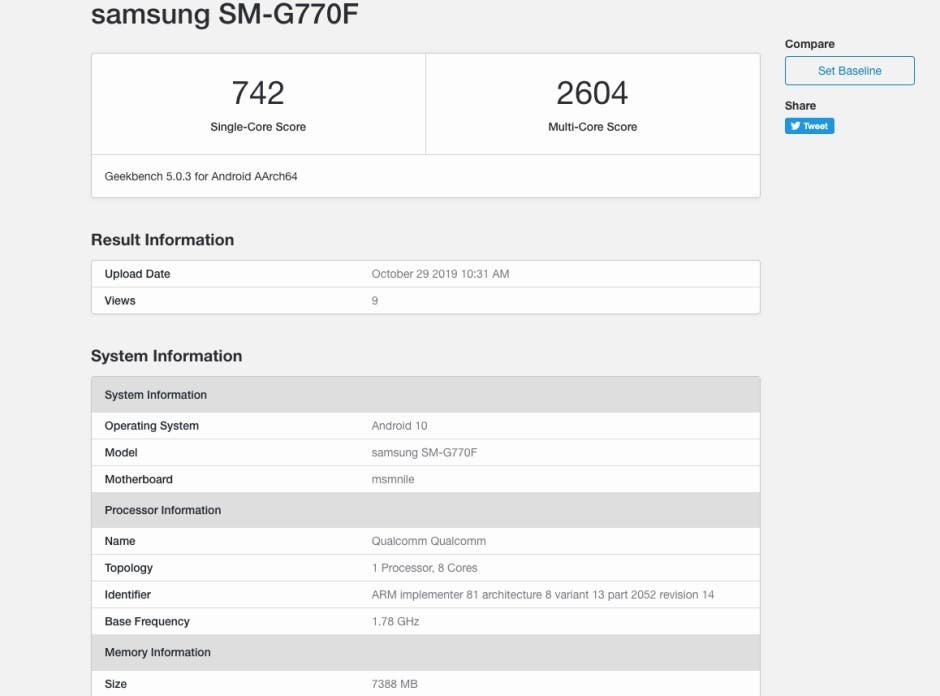 But that is not everything, this processor would be accompanied by 8GB of RAM. And will come with Android 10 OS. The big question that arises is what is the meaning of this mobile? Why the company will create a device with such specs. Taking into account that there is already the Galaxy S10e, It is something we do not understand.

If these data are confirmed, we are facing a terminal that will not be at all “economic” as stated above, from PhoneArena. They claim that its cost would reach up to $700. An expected price for all the components that the Samsung Galaxy S10 Lite would have on paper. But maybe we are completely wrong. This device makes sense if it is an S11 Lite, with a 2019 processor. That would be enough for excellent performance, however, everything indicates that at some point in the next few weeks we will have some kind of announcement by the company.