We have been talking about a possible Samsung Galaxy S10 Lite for a few days. At the moment, we do not know the reason for presenting a device of this type at the end of the year, but the leaks indicate that it exists and that we will see it soon. We have already talked about its characteristics and today it is time to see details of its possible design. Samsung has been approved for a patent that could correspond perfectly with the design of the Samsung Galaxy S10 Lite. It could be a device similar to the Galaxy S10e presented at the beginning of the year, but with some new features.

The leaked features of this device let us see a high-end phone. In a filtered benchmark it was confirmed that it would arrive with the Qualcomm Snapdragon 855, and off course, it would launch with the equivalent in Exynos in some countries.

Samsung’s patent reveals an interesting design that fits perfectly with the Galaxy S10 Lite. It does not become a design as advanced as the Note, but it has very interesting touches of the high-end Samsung. Unlike the Galaxy S10e, it would have a curved screen. The different points of the sketch show this, although this curvature would not be too steep. 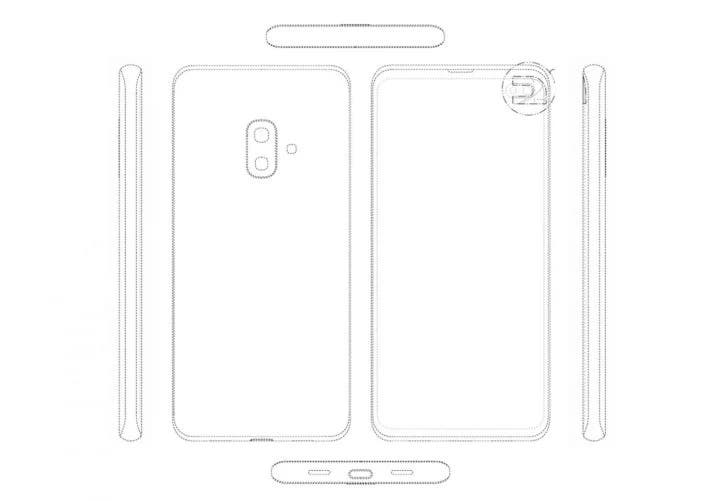 Another point that stands out is about the front cameras. This device has two sensors placed in the same position as in the Galaxy S10+. The hole for the selfie camera will not be simple as we can see in the Galaxy S10e.

There is no audio jack anywhere and the camera’s design is different with respect to the Galaxy S10 series. In the patent, they are two cameras in vertical format. This design, as they say in SamMobile, reminds us of the Galaxy S9’s cameras.

It could be a compact and very powerful device if we pay attention to the previous leaks. At the moment we do not know its possible launch date. And if it really is in Samsung’s plans to present it. Today’s information about the design should be taken with caution, as it could be wrong or see changes.

Next Asus delivers Android 10 update to Zenfone 6 and 6Z