The annual Chinese 11.11 massive sale is about to commence and major e-commerce platforms across China are already cutting prices. Yesterday the 8GB + 128GB version of the Xiaomi Mi 9 got its own price cut on Suning. This smartphone is currently selling for 2299 yuan ($329) which is very competitive. Recall that the Xiaomi Mi 9 is one of the earliest Snapdragon 855. This smartphone hit the market in the first half of 2019. 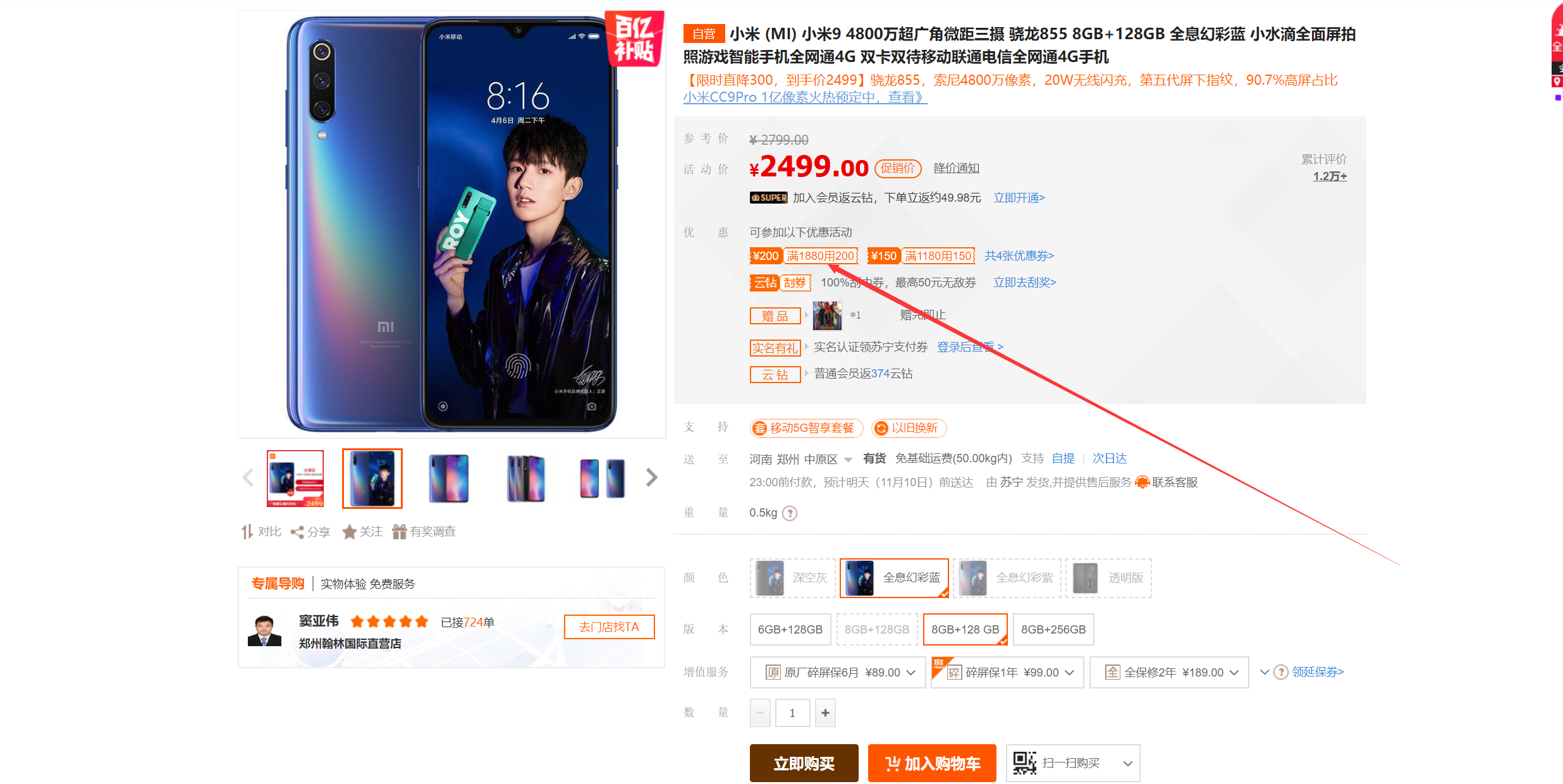 Although the 200 yuan ($28) price seems small, it is just enough for a smartphone that hit the market in February this year. This smartphone comes with a 6.39-inch Samsung AMOLED screen with a resolution of 2340 x 1080. It comes with a Qualcomm Snapdragon 855 processor coupled with 6GB/8GB of RAM and up to 256GB of internal storage.

In the camera department, the Mi 9 comes with a triple camera setup which includes a 48MP+12MP+16MP configuration. On the front, it has a 20MP camera. Furthermore, this smartphone comes with a 3300 mAh battery which supports 27W cable and 20W wireless fast charge. The Xiaomi Mi 9 also adopts the fifth-generation on-screen fingerprint recognition and face recognition scheme. It also comes with Mi Turbo, Game Turbo, and Dual-Frequency GPS. There are four versions of 6GB+128GB, 8GB+128GB, 8GB+256GB and 12GB+256GB.

In other Xiaomi news, there seems to be some unconfirmed report regarding the Xiaomi Mi MIX 4 and Xiaomi Mi 10. None of these smartphones has been officially confirmed by the company but netizens are already suggesting the features they want to see on these devices. A Xiaomi fan commented on Zhang Guoquan’s (director of Xiaomi’s system software department) Weibo post “Can Xiaomi Mi 10 and Mi MIX 4 display do something faster?”. This comment got huge positive reactions from netizens and  Zhang Guoquan himself had to reply “Received”. Currently, details about MIX 4 and Mi 10 are unknown. Nevertheless, XDA developers recently found evidence in the MIUI source code that Xiaomi is developing a 120Hz refresh rate phone. For now, the high refresh rate feature is for flagship models thus this phone could be the Mix 4 or Mi 10.