Some time ago, there were complaints that the Lenovo Z5s was facing touch response issues. Now, the latest announcement from the company shows that it has a solution. According to ZUI official Weibo, Lenovo Z5s ZUI 11.1.171 stable version is now available. The upgrade package size is 153.15 MB and it comes with a  fix for the occasional touch failure. This update is currently rolling out in China. 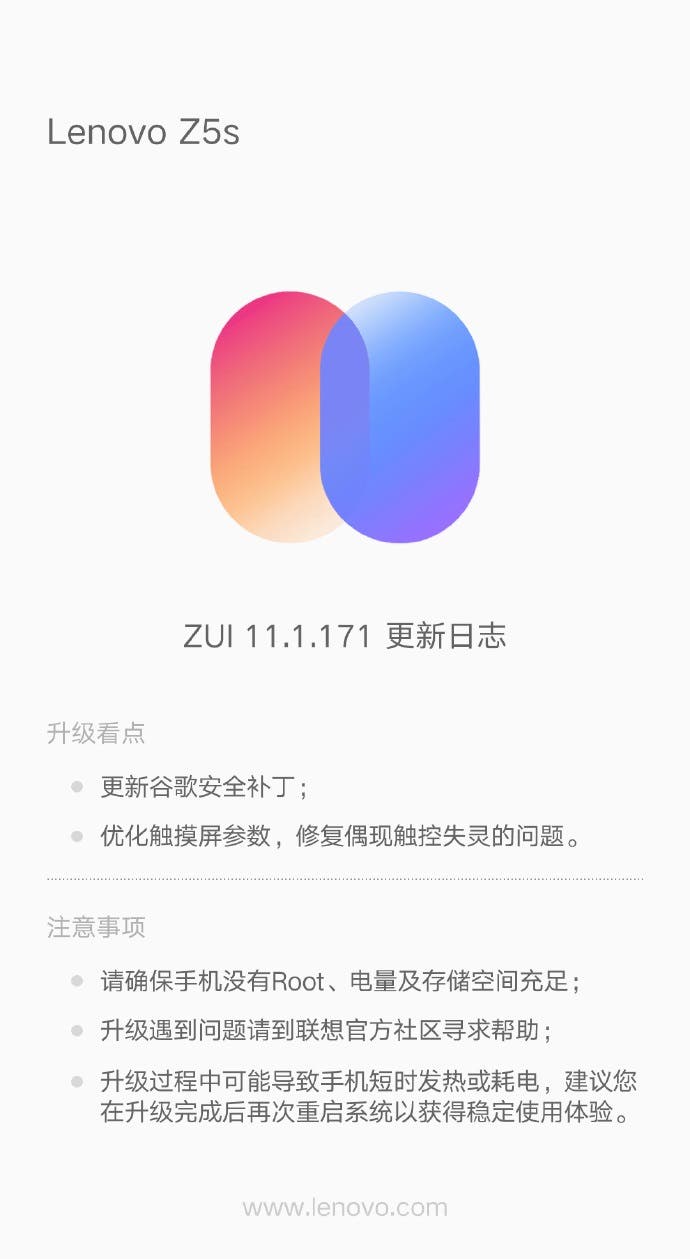 The Lenovo Z5s was released in December 2018 and it comes with a 6.3-inch LCD waterdrop display.  It comes with a 19.5:9 aspect ratio and the screen ratio is 92.6%. In addition, this smartphone uses a Snapdragon 710 SoC and supports the Game Turbo game acceleration engine. Furthermore, the display comes with a high 120Hz refresh rate and for sound, it has a stereo dual power amplifier.

On the rear, this device comes with triple camera setup. It uses a 16MP + 8MP + 5MP configuration. On the front, this smartphone uses a 16MP camera. Another notable feature in this device is the 3.5mm headphone jack which has been expunged in other models.

Next Windows 10 on a calculator: it's possible and here's how!