After tackling the design flaw that came with the Galaxy Fold, Samsung, seems to be doing quite well with this device despite its price. This smartphone is already available in a couple of markets. However, its latest market is the largest smartphone in the world – China. A few days ago, Samsung’s official Weibo account, reported that all units of the CNY15,999-priced phone (over $2,000) sold out in five minutes. Now, a fresh report claims that the Chinese 11.11 sale Galaxy Fold units also sold out swiftly. 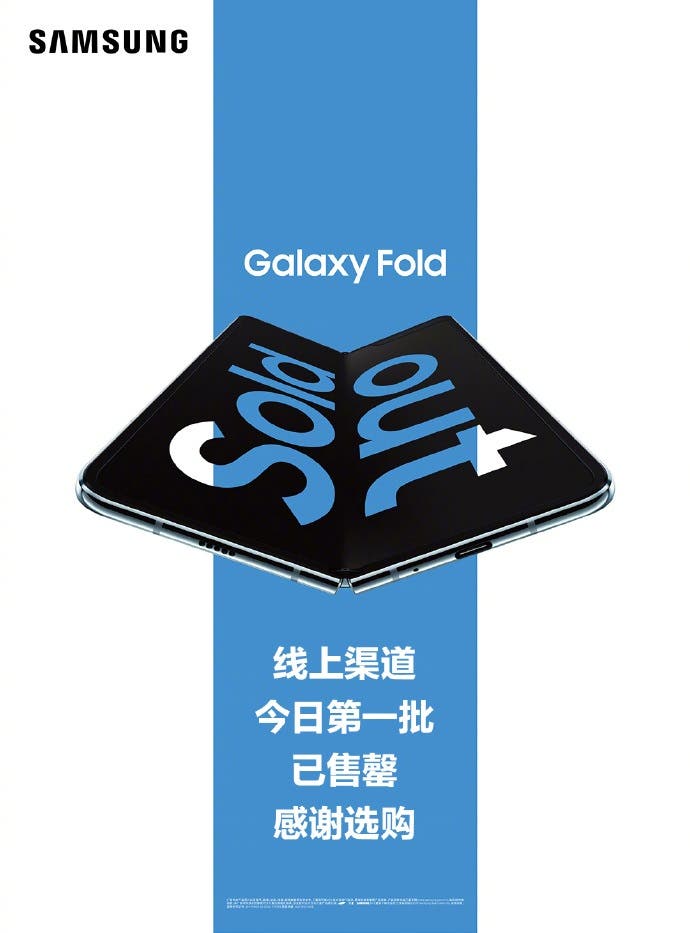 Unfortunately, Samsung didn’t disclose how many devices have been sold during both sales. We can’t say much without the official numbers. If there were only 1,000 units available, then, selling all of them in five minutes wouldn’t be so impressive. Especially for the Chinese market. Nevertheless, some people actually paid the equivalent of $2,288/€2,000 to get the Huawei Mate X’s major rival.

To the disappointment of some users, Samsung opted to sell the variant which lacks 5G connectivity. That’s a major drawback for potential customers that are also willing to jump in the next-gen network. The South-Korean company has announced that the Samsung Galaxy Fold will be available again today by 20 o’clock (Chinese time). That is a few minutes from now.