Last week, IDC released the Q3 global mobile phone report and now the firm has posted a new report solely targeted at the Indian mobile phone market. According to the report, smartphone companies shipped a record 46.6 million units in the country with 26.5% quarter-over-quarter(QoQ) and 9.3% year-over-year(YoY) growth. Xiaomi still leads the market, whereas Realme showed the highest growth.

As per Upasana Joshi of IDC India, the online channel witnessed a record-high market share of 45.4% with YoY growth of 28.3% thanks to attractive cashback and buyback offers as well as No Cost EMIs and other financing options. On the other hand, offline channel viewed 2.6% YoY decline even though the offline players tried to counter online players with their offers. 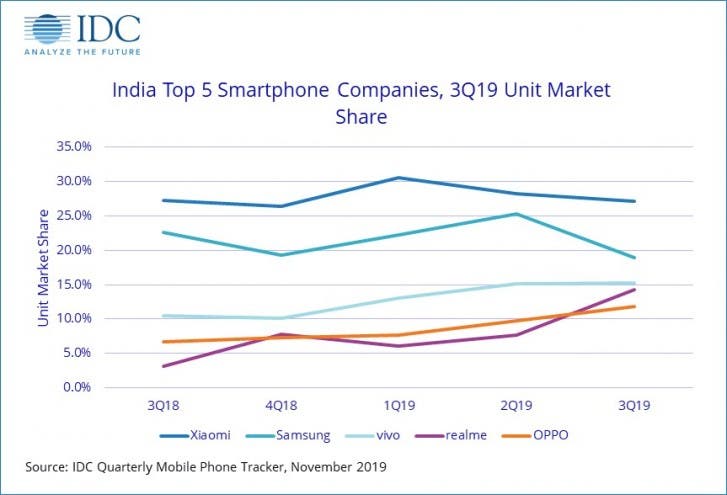 Xiaomi registered 8.5% YoY growth which is not less in any way considering their position. Nevertheless, a tough competition lays ahead for a long-time market leader.

Next Huawei Kirin A1 Chipset India Launch Set for Nov 14, to Bring a New Ecosystem Experience