An unknown Xiaomi smartphone, bearing the model number M1911U2E, has just bagged one of the pre-requisite pre-release approvals hinting at an imminent launch in China. The National Radio Authority in China granted Xiaomi the approval for the device alleged to be the upcoming Redmi K30.

Unlike TENAA which usually details the device’s specs, the NRA listing doesn’t reveal much about it but it does reveal it supports 4G and 5G network. Hence, the speculations that it is the upcoming Redmi K30 smartphone. We’ve been hearing of the Redmi K30 for quite some time now, although details and exact release date still aren’t available.

The company’s GM Lu Weibing first hinted of the device back in October at the Redmi 8 launch where he shared a few specifics about the upcoming device. Notably, Weibing says the K30 will be Redmi’s first 5G capable smartphone. The phone will support Dual 5G – for both SA (Standalone) and NSA (Non-Standalone) modes for theoretically better connectivity relying on existing LTE infrastructure where 5G deployment might not be up to the mark. 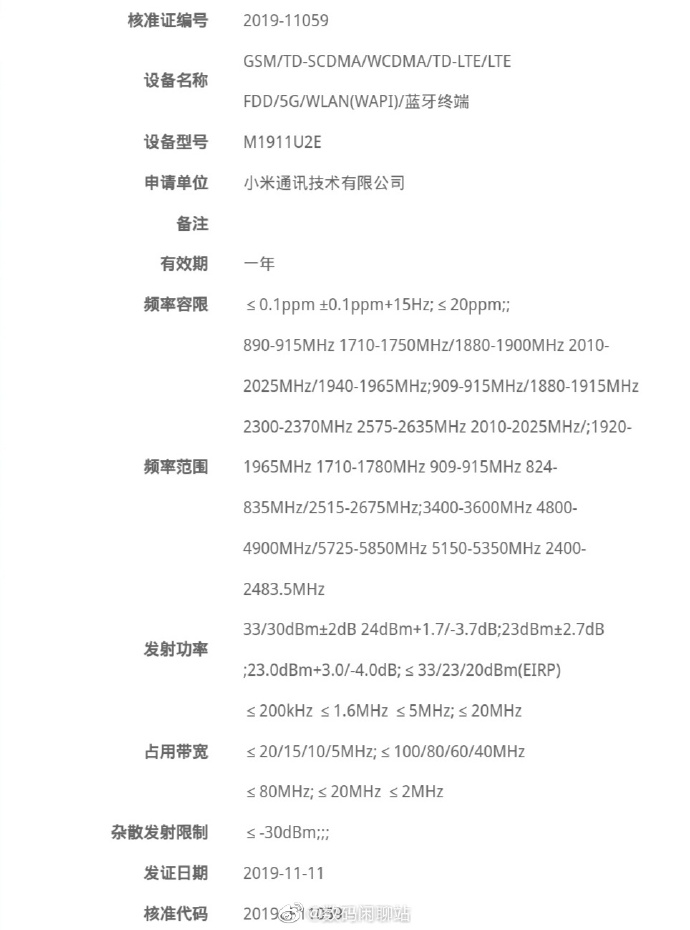 Speaking of the 5G support, the device is rumored to come with MediaTek’s first 5G chipset. The Taiwanese chipmaker already scheduled an event for November 26 where it will unveil the 5G chipset for both flagship and non-flagship devices. Although there are reports the Redmi K30 would be based on an upcoming chipset from Qualcomm that supports dual-mode 5G. Aside from Dual 5G, the k30 is also confirmed to come with a dual punch-hole display design. The dual front cameras sit at the upper left corner of the screen.

Much like the Redmi K20, and K20 Pro, the Redmi K30 could launch alongside the Redmi K30Pro. And speaking of the launch date, there are speculations the device might launch in early 2020, perhaps as one of the first flagships from the coming year.

Previous Xiaomi Fish Tank launched, it can be powered by a Power Bank