Today, ZTE released a new router. As the company said, ZTE’s second-generation 5G indoor router (MC801A) adopts the Qualcomm SDX55. It supports the global mainstream frequency band and can support both NSA and SA networks. The product will be available in February 2020. 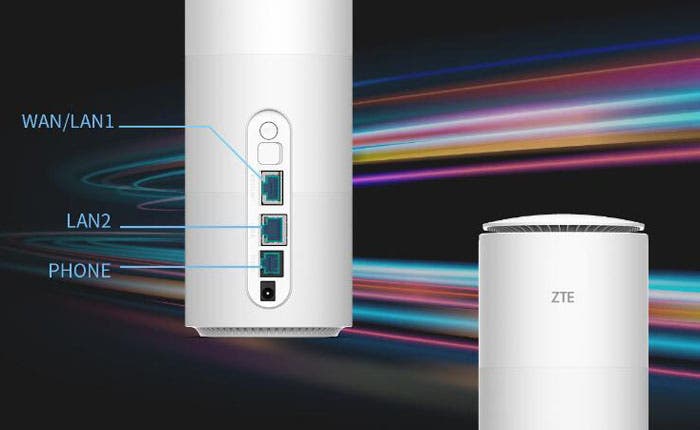 In addition, ZTE’s second-generation 5G indoor router MC801A has a superior heat dissipation capacity. It’s way better than the previous generation. The new system comes with a vertical chimney air duct, an aerodynamic self-accelerating heat dissipation, a built-in custom powerful radiator, and a core chip with thermal phase change material. Due to the improved system, as the company claims, the heat dissipation efficiency is increased by 10%.

At last, the product uses the industry’s fastest Wi-Fi 6 technology to support up to 32 Wi-Fi users. This enables ordinary smart 4G terminals and Wi-Fi terminals to enjoy 5G high-speed services in advance.

By the way, not only ZTE but other smartphone makers have already launched their own 5G WiFi routers. Among them, we can mention Xiaomi, Huawei, and 360 mobiles. So the traditional router manufacturers have a reason to worry about it.