Another day, another Honor V30 leak. Apparently, Honor is in a roll to keep their upcoming smartphone on the headlines while the launch day doesn’t come. We already know that both the Honor V30 and V30 will be released on November 26, and since the start of this week, we saw several teasers revealing some of the features in the handset. For instance, we know that it will come with a pill-shaped punch hole to house the dual-selfie cameras. Moreover, there’s a triple camera setup on the back that will be lead by a whopping 60MP camera. Now, another leak has popped out giving us a clear look at the handset back.

A popular leakster on Weibo shared a render, which is based on blueprints that case makers received, in order to prepare their products in time for the Honor V30 launch. The render reveals the V30 in a protective case and confirms the huge rectangular camera island. It also confirms that the fingerprint scanner will remain on the side. 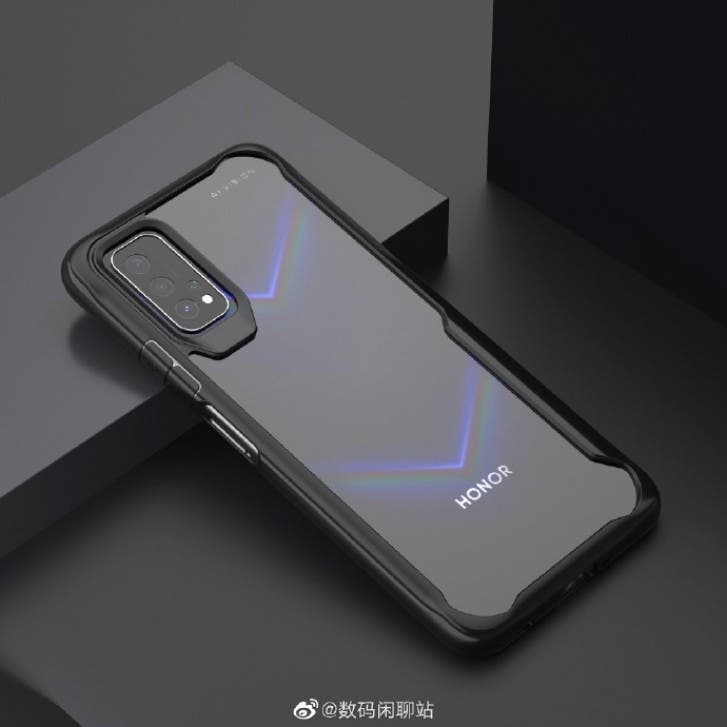 Take these renders with a pinch or two of salt, after all, they’re just based on schematics. For that reason, the above textures that resemble last year’s models may differ in the Honor V30. The RGB-colored letter V is another element that is prominent in the Honor V20, as well as the “AI Vision” moniker. However, as we said, we can really confirm that this finish will be present in the final product.

According to rumors, the Honor V30 will ship with Kirin 990 and an integrated 5G modem. In China, it will be revealed along with the Honor V30 Pro, but outside of China, it will carry the “Vera 30” moniker since the “V30” name is trademarked by other smartphone manufacturers.

Read Also:  Top 5 reasons why the Honor 60 series is so popular
Source/VIA :
Weibo