Since the debut of the Mi Mix Alpha, the rumors surrounding the existence of a new model in the range have become increasingly insistent. In reality, there were a lot of confirmations, denials and allusions until the appearance on the official website of JD.com, a very important Chinese e-commerce website. And now the Xiaomi Mi Mix 4 5G has appeared again in the store, suggesting that the launch is very close. 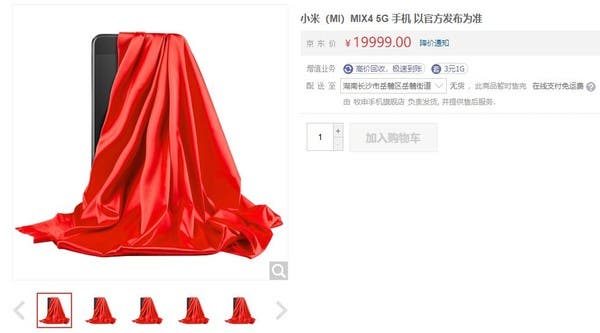 At the moment, as shown in the image above, the sale price has not yet been confirmed. The figure you see is purely indicative and will be replaced with the official price as soon as the device is available. This is the second time that the Xiaomi Mi MIX 4 5G appears on JD.com and at this point, it is fair to assume that the launch date is near.

In the product information displayed in the store, in addition to the words “Mi Mix 4″, there are keywords such as ” 5G “, suggesting that this new flagship will support 5G. 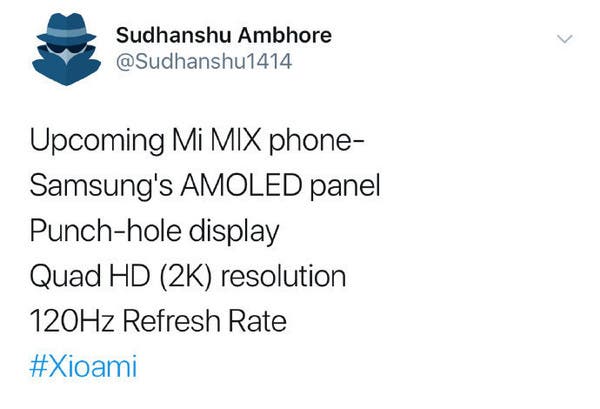 Meanwhile, Sudhanshu Ambhore, a well-known leaker active on Twitter, has posted another anticipation regarding the device. As reported, the next Mi Mix will have a Samsung AMOLED panel with a hole for the selfie camera, Quad HD resolution and a 120 Hz refresh rate.

In short, nothing is yet confirmed about the upcoming smartphone. We will keep you informed with the latest leaks and news.